Virtual Reality Is Finally Here, Yet Still Has a Ways to Go 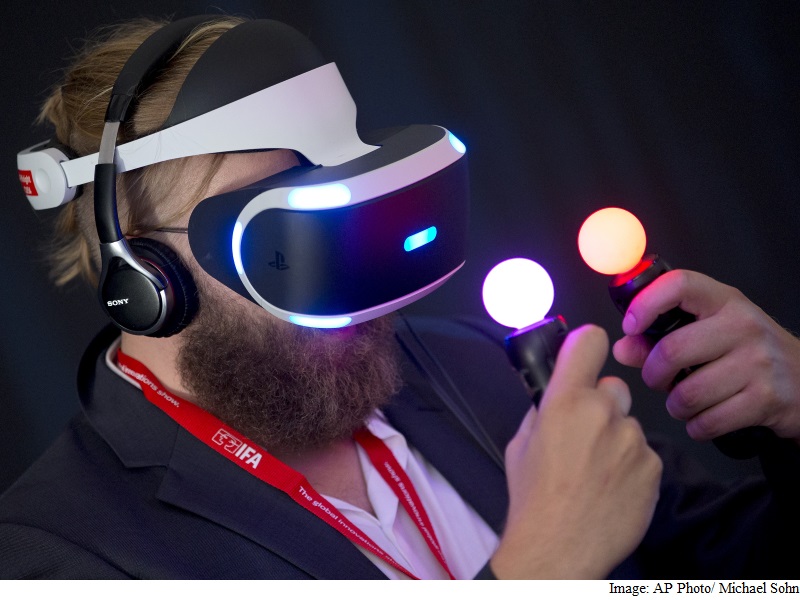 With the launch of Samsung's Gear VR headset a few weeks ago, virtual reality for the masses is finally a thing. Now comes the next big challenge: Who, exactly, will care?

If you're a gamer, the appeal of immersing yourself in a virtual world might be obvious. Strap on a headset and you could find yourself in a three-dimensional death match with opponents who could - almost literally - creep up right behind you. Early trends look promising: The $100 (roughly Rs. 6,600) Gear VR briefly sold out at many retailers. Research firm TrendForce projects sales of 14 million VR devices in 2016, mostly for gaming.

The rest of us, though, still need convincing. Sure, the idea of watching a basketball game from courtside seats - without leaving your living room - sounds pretty cool. But you're not going to be doing that any time soon, as there's precious little so far in the way of major sports available in VR. And while bungee jumping off a virtual dam could be a striking experience, it's also the sort of thing you might try a few times, then set aside as you look for something else to do.

The tech world has been down a similar path before. Just a few years back, manufacturers lined store shelves with 3D TVs capable of projecting stereoscopic images into your living room - and on those shelves the sets stayed. Among the reasons 3D TV flopped: You had to wear uncomfortable glasses, and the experience made some people dizzy. Perhaps most important, there just wasn't much in the way of good stuff to watch.

Sound at all familiar? Virtual reality requires people to wear large headsets that block out the real world, and immersive video has made some viewers nauseous (although its purveyors claim to have fixed that). It's not exactly a friends-and-family experience, either. If you chafe when your companions are glued to their phones at dinner, you'll want to watch your blood pressure when they start wearing VR headsets in the living room, tuning out other people along with reality.

Another hurdle: VR's initial apps are heavily weighted toward games. Sure, one immersive video puts you on stage with Cirque du Soleil performers as they reach for dazzling heights; another lands you on the set of the horror satire "Scream Queens." But while they're fun to watch, many clips come off more as demos or promos than compelling entertainment in their own right.

Jason Tsai, TrendForce's wearable devices analyst, said companies are reluctant to invest in non-gaming VR media until they're sure there's a real market for it. And that's a big part of virtual reality's chicken-and-egg challenge.

Of course, it's remarkable that we're seeing VR systems at all, after years of flops and stumbles. Sega teased the Sega VR in the early 1990s, but never released it; Nintendo's handheld Virtual Boy was a commercial failure.

Many leading companies are betting on VR. Google, for instance, offers a low-rent, though still effective, virtual-reality system it calls Cardboard - literally a folded-cardboard contraption that holds lenses and a smartphone for playing VR apps. The Samsung headset is a step above that; it also uses a phone to play video, but includes its own motion sensors to better track the movement of your head.

More sophisticated headsets are on their way. Sony's PlayStation VR - formerly Project Morpheus - won't need a phone and attaches to a PlayStation game console. Oculus, which helped develop Samsung's Gear VR, will release its own VR set called Rift next year. HTC's Vive is due by April. Prices for these systems haven't been announced yet, though most are likely to cost at least a few hundred dollars.

And the headset is just the beginning; you'll then need a phone or a high-end companion computer (a PlayStation console in the case of Sony's system). One more potential gotcha: If you buy one VR system and change your mind later, you might have to repurchase any apps and videos you've paid for.

VR's immediate challenge is simply getting people to try VR so they realize it can be much more than games. Bonnie To, a Los Angeles accountant, watched a few minutes of Beethoven's Fifth Symphony in VR during a lunch-break demo. She said the ability to look around the concert hall was "really cool" and thought the sound and picture quality was good.

VR makers are working with media companies to expand options for non-gamers, much the way radio maker RCA started the NBC network nearly a century ago to fill the airwaves. Eventually, they figure the new technology will produce new storytelling forms - for instance, choose-your-own-adventure narratives that viewers can influence through their actions. But that's some time off.

For now, the hope is that early owners will show and tell their less tech-savvy friends about the potential of VR - essentially becoming "a virtual sales force," said Richard Marks, who heads Sony PlayStation's research arm, Magic Labs.

Video games have grown so much they're no longer a niche market, says Diffusion Group analyst Joel Espelien, who argues that younger players will likely embrace VR. As they get older, subsequent generations may follow. "It's a decade-long story," he said. "Things don't happen overnight when you're talking about a pretty significant new behavior."