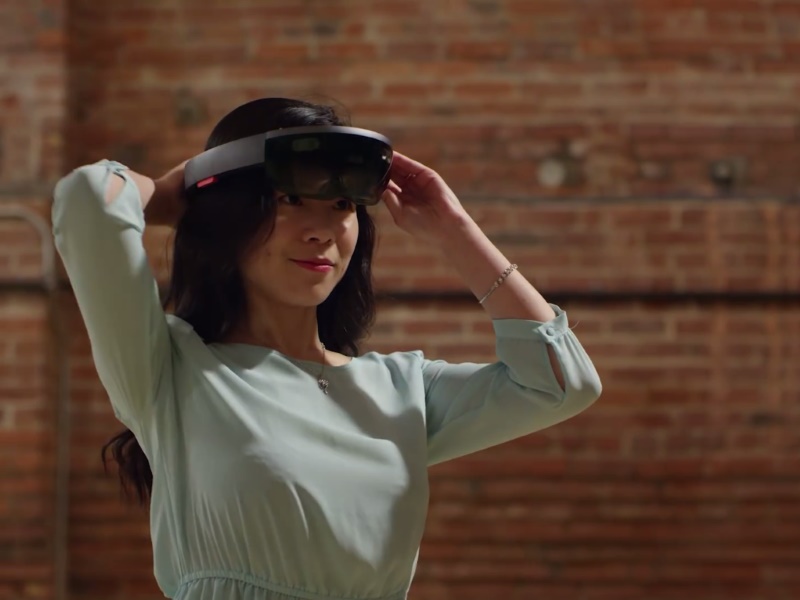 Microsoft is out to use Windows software to do for altered reality what it did for personal computers: make them commonplace.

The US technology giant on Wednesday announced that Windows software already powering a wide range of devices including HoloLens augmented reality headgear is being opened to partners interested in building devices for "mixed reality" experiences.

Devices built on the Windows platform will be interoperable, meaning that someone wearing HTC Vive virtual reality gear would be able to virtually visit and collaborate with someone using HoloLens virtual reality goggles, Microsoft executives told AFP.

Microsoft said it built HoloLens to showcase the potential for the technology, which is based on the same Windows operating system that powers computers, smartphones, Xbox consoles and more.

Sharing the Windows platform will mean that augmented or virtual reality gear from various manufacturers will be able to work with one another, the same way Windows computers do.

"We are bringing the software that lights up HoloLens to the entire ecosystem of mixed reality devices - and inviting partners to join us in this platform," Microsoft spokesman Greg Sullivan told AFP.

Walk on Mars
While virtual reality devices such as those from Facebook-owned Oculus and Sony's PlayStation unit immerse users in fantasy worlds, HoloLens "augments" reality by overlaying holograms on the real world in view.

Microsoft would not disclose details regarding how it will make money from the move. But it is expected to pursue the kinds of licensing deals it negotiates with companies that make Windows-powered computers.

Creating a common platform for a wide range of companies to create and market mixed reality gear promises to bring down prices for altered reality gear while enriching variety in the marketplace.

Microsoft in March began its first shipments of its HoloLens to application developers, staking its place in what is expected to be an emerging computing platform.

At a recent Microsoft Build developers' conference, the company showed some of the possibilities for HoloLens - such as giving users a view of Mars that up to now could only be seen by space vehicles, and an inside view of the brain by medical specialists aiming to deal with a cerebral tumor.

Aiming to encourage new applications for the device, Microsoft noted that developers can create "new mixed reality" with holograms to enable users to see and experience things in new ways.

The holographic capabilities in the Microsoft gear can open doors for developers to augment tasks from complex surgery to motorcycle design, according to the company.

Marketers predict virtual headsets will soon top wish lists for kids and young adults from Silicon Valley to Hong Kong. But some analysts say virtual reality will be eclipsed by augmented reality within a few years.