How Fitbit Plans to Make Its Subscription Service Successful in India 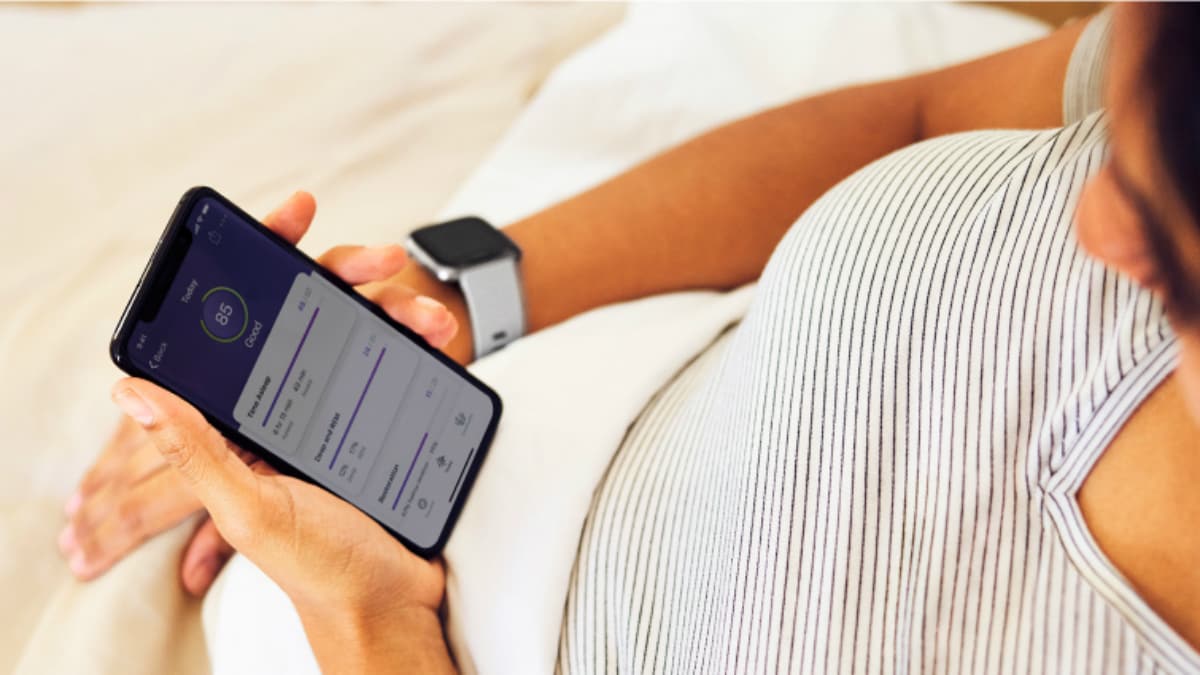 Fitbit, the maker of wearables and activity trackers, is facing a tough fight from the likes of Apple and Xiaomi. But instead of just betting big on its hardware products, the San Francisco, California-based company recently announced the launch of a new paid service called Fitbit Premium. It is designed to offer insights to customers at an additional cost of Rs. 819 per month or Rs. 6,999 per year. The company believes that this cost is nominal for price-conscious buyers in India -- especially considering the amount of healthcare data the service provides. Fitbit Premium was originally launched in the US back in August.

Alok Shankar, Country General Manager of Fitbit India, says that while the buying capacity and behaviour of Indian consumers are different from what's available in developed markets such as the US and UK, people here have started getting the awareness to spend for services rather than merely paying for physical products.

"Things like say, Amazon Prime or Netflix, they've changed that mindset to some extent -- not to a large extent, but to some extent," states Shankar optimistically. "So that awareness is already coming into the userbase in India. And with that, I think we are also at the right time to start to offer at least a service, which is our premium service."

Fitbit for a long time has offered a range of fitness devices in India. These include smartwatches, activity trackers, and healthcare-focussed products such as smart scales. Shankar states that the company's strong presence in the country has already made it an eponym for wearables.

But lately, it seems that Fitbit is no longer the lone choice for many of its potential customers. Companies such as Honor and Xiaomi have attracted shoppers with their ultra-affordable fitness bands. Similarly, Apple has convinced a large number of iPhone buyers in the country to pick the Apple Watch instead of any other product -- thanks to its presence across various price segments, starting from Rs. 20,000.

Shankar, however, emphasises that Fitbit is still doing quite well in the Indian market -- without revealing any concrete sales figure.

"We are growing in double digits," the executive asserts. "Country-by-country numbers, as you know, we don't call out, but as a brand, we are very, very vibrant. We are the leading -- actually, number one wearable brand, fair to say."

Reducing hardware dependency
The tough competition in the wearables market has pushed Fitbit to explore subscription space and bring the Fitbit Premium as an ultimate option for fitness freaks.

"As you can imagine, the software is always more profitable than hardware. So being able to get subscription revenue, overall, is always good for any player actually, if you see," says Shankar.

Fitbit Premium is claimed to leverage over 10 years of Fitbit data alongside academic and medical expertise to provide personalised programmes, workouts, and advanced insights to Fitbit users. It also provides detailed reports to improve sleep patterns and eating habits. Moreover, the service integrates the Fitbit Coach, the personal training app that was launched back in 2017, to recommend exercises and workouts based on your daily activity tracked using a Fitbit device.

"That's how we are pivoting and changing also to kind of reduce our dependence on only hardware sale," Shankar tells Gadgets 360. "If you see that we've only been doing a hardware sale till now because the app is always free. So once you have bought a device, that's the only time we recognise revenue from you and then there is a more recurring revenue stream. Premium helps us add on to that."

Back in 2017, Fitbit acquired smartwatch developer Pebble to start making smartwatches alongside its legacy product family, which was mainly activity trackers. But due to the swift growth of other market contenders and ongoing difficulties in transitioning from being a fitness band maker to a leading smartwatch maker, it has reportedly started exploring sale opportunities and Google is said to have emerged amongst its potential buyers.

Fitbit Premium in such scenario would help Fitbit enhance its market value -- but only if it turns out to be a successful model. And to make it successful in young markets like India, the company is trying various localisation efforts.

Indianising the paid experience
Shankar presumes that India's growing ecosystem around health and wellness will help Fitbit evolve its software and enrich its database for new buyers. But to persuade Indian users to pay for the Fitbit Premium service, the company will take localisation as the key to its success.

"The software part doesn't stop at the launch phase," he says. "It will be constantly evolving. And for it to be more relevant, obviously to any country, it needs to be relevant for the local population."

Fitbit is aiming to nurture the paid service by adding content for Indian users and partnering with various fitness and healthcare experts in the country. However, the company isn't likely to offer Indic language support on the service anytime soon and will continue to offer the experience only in English.

"Whether it's from the food, you know, your training habits, and things of that sort, localisation is a constant, ongoing process," says Shankar.

Next year, Fitbit is planning to bring one-on-one coaching to the Fitbit Premium service. This would enable users to get personal coaches -- somewhat similar to how Menlo Park-based GOQii offers its end-to-end healthcare platform in the country. The company is also in development to expand the existing catalogue by adding new features to the service in the coming future.

"If the workouts become stale, then you will not be excited," highlights Shankar. "So every quarter we'll be adding some new features. The Premium service is a living thing in that sense, constantly getting added with new content and new information."

Earlier this year, Fitbit tied up with the Singapore government to offer its activity trackers free of charge on the condition users spend SGD 10 (roughly Rs. 520) each month, for a year. A similar model has the possibility to gain success in India too.

"Having a premium service also gives us the ability to bundle a lot of things," says Shankar when asked on how viable is the Singapore model for the Indian market, without detailing any of the company's future plans.

"All of those business models or go to market strategies are definitely possible. So, the question is, is that something that can work in India or will happen? Definitely. But what is the price point is something that we are trying to work with, to see what is more acceptable and what can we do in the country," he adds.

Satyajit Sinha, Analyst for IoT and Mobility Market Segments at Counterpoint Research, says that Fitbit has already evolved as the next best player to Apple in terms of experience and scale. He also adds that bundling of devices and data analytics come as the way forward for the IoT ecosystem.

"The health/ fitness factor is playing a key role in driving consumer decision making for the adoption of smartwatches and Fitbit has entirely focused on this core use case. Furthermore, the launch of premium subscription services will give users the full utilisation of data generated from Fitbit smartwatches," the analyst underlines.

Counterpoint's data for the second quarter of 2019 shows that Fitbit's smartwatch and smart band market share in India come at six percent and three percent, respectively. Particularly in the smartwatch market in the country, the company marked eight percent year-over-year (YoY) growth in the second quarter and it ranked fourth in the market.

Having said that, Xiaomi-backed Huami Amazfit leads the smartwatch market in India, whereas Xiaomi's Mi Band dominates the country's smart band market, according to Counterpoint.

All this shows that the race is indeed difficult to win for Fitbit. But nevertheless, its paid subscription with deep insights on fitness and healthcare data may help the company influence new Indian buyers.