Clothes Smarter Than You Are: Welcome to the Future 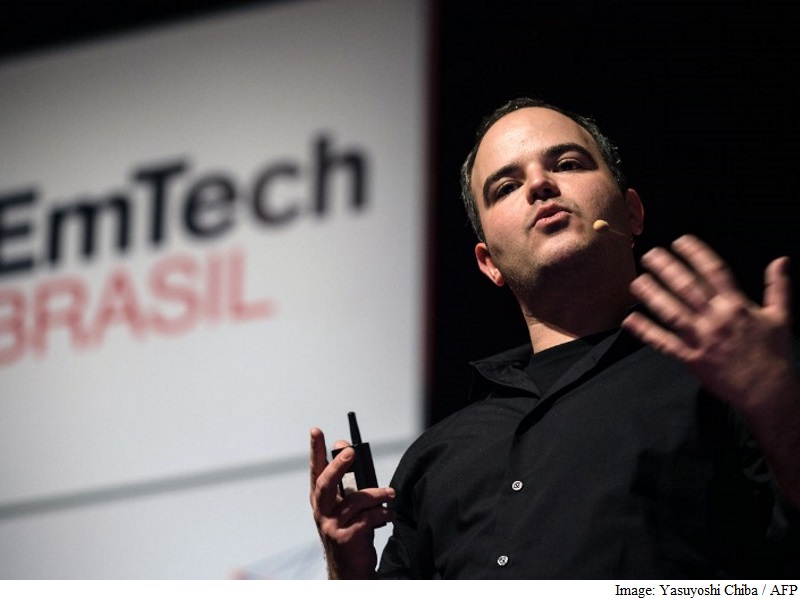 Wish there was a gadget able to transform your boring office uniform into a party outfit, or even a device that guides you straight to new friends?

A researcher with Fluid Interfaces at the Massachusetts Institute of Technology's Media Lab, Coelho works at the cutting edge of wearable devices that may be smarter than the person wearing them.

One of the most promising areas is clothing that integrates computers and can practically think for itself.

"You can program your shirt for it to change color, or move to a different pattern," he said. "Maybe you're at work today and want your shirt one way, but you'll be at a party tonight and want it different."

Another creation is a dress with a hemline that rises and falls or another dress, decorated with gently opening and closing flowers.

Coelho, 35, was speaking at MIT's 2015 EmTech conference Wednesday in Rio de Janeiro, where for two days leaders in emerging technology give glimpses of the future.

The message is that science fiction-like developments are rapidly under way in areas as diverse as drones and medicine.

But for Coelho, originally from Brazil, the joy is bringing the mysteries of the lab to everyday situations.

Building on that office-to-party scenario, Coelho unveiled a device that would help you find the people you might want to talk to, flirt with or avoid.

Shaped like a normal watch, the tiny computer is programmed with personal data your Facebook information or something more customized then communicates with other devices in the room.

"You go to the event and it can match your wrist band to someone else's," he explained. "If you have nothing in common with a stranger at the event, a red light will go on and if you do, a green light will go on."

"You may wonder where all this craziness is going," he said with a wry smile.

Robots are the past
The answer to that, says another MIT scientist, Skylar Tibbits, is self-assembly.

This is the idea of 4D printing, Tibbits' specialty.

If 3D printers can produce three-dimensional objects at the touch of a button, 4D means they then go on to transform or organize themselves in useful ways.

Unlike robots these materials are not computerized and do not need power like electricity. They react to ordinary forces like pressure or heat or water and change, but are engineered by the scientists so that they change shape in a pre-determined way.

For example, a wet shoe or tire can be made to grow better grip, reverting to normal when dry. Tibbits' Self-Assembly Lab at MIT, is exploring whether the technology can later be applied to much bigger objects, even in construction.

"They are materials that behave like robots, but don't need robots," Tibbits said by video link. "We eventually propose that the materials could assemble themselves from scratch."

If that doesn't sound creepy enough, consider what Coelho says is the next-next frontier: not wearable technology, but chips and WiFi devices brought right into the human body.

"Technology will slowly migrate into the skin and then behind the skin, becoming indistinguishable from the person," he told AFP. "I'm working on some stuff in that area that I can't talk much about."

And with every revolution come new risks of the technology falling into the wrong hands criminals or repressive governments, for example.

"With any technology, it could become something completely dystopian or amazing and empowering," he said.

Referring to the Manhattan Project scientists who invented the nuclear weapons used by the United States against Japan in 1945, Coelho warned that scientists at the frontier of change need deep consciences.

"It took the smartest people in the world to create a machine that could wipe out the planet."

Consumer Needs, Not Innovation by Itself, Will Drive Design for Motorola and Lenovo
Fallout 4 Review