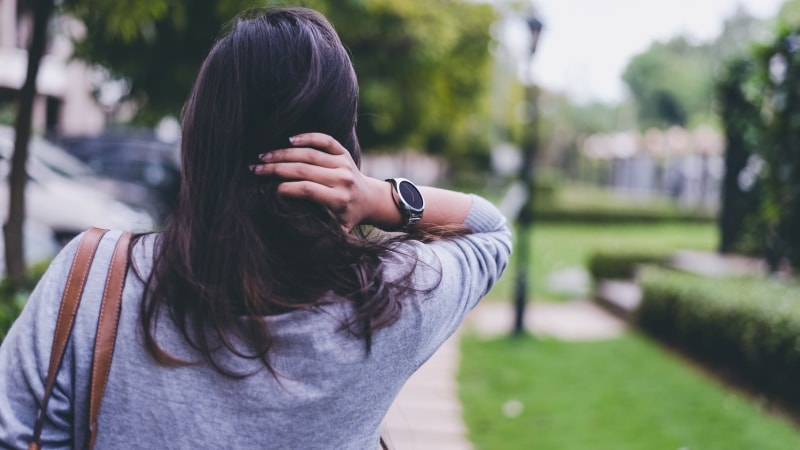 Smartwatches have not really caught on yet. Android Wear devices are rarely seen, and while it’s more common to see an iPhone owner with an Apple Watch, the sales haven’t been impressive. According to one Indian company, the problem isn’t in wearables as a category, but the approach that mobile giants took towards the category.

In Bengaluru’s Koramangala neighbourhood you’ll find plenty of startups, from companies that make Facebook bots to ones that make actual robots. In a co-working space across the road from a coffee shop that’s always overflowing with people making presentations and holding interviews, Gadgets 360 met with Somnath Meher, co-founder and CEO of WitWorks. The company launched as a crowdsourced product design platform, and released a product called Trippy, which lets you connect your old speakers to a Wi-Fi network for wireless streaming.

Since then, WitWorks has pivoted – it’s not a marketplace of ideas anymore, but a product company, Meher says, and its first device, the one that could make or break its future, is a smartwatch called Blink. According to Meher, the company decided that it wanted to build a wearable, and after considering different possibilities, decided on a smartwatch. The Blink is based on Android, but doesn’t use Android Wear – instead it runs on a highly customised version of Android 5.1 that WitWorks is calling Marvin.

“It’s forked from Android 5.1,” says Meher, “but we kept only the kernel and the hardware abstraction layer. We built almost everything else from the ground up. The existing smartwatches just bring the same kind of interaction that you have on the phone, to your wrist, and we felt that you needed to rethink the way people are going to use this device. We had to do something from the ground up.”

The Blink has now started accepting pre-orders, and according to Meher, it will be available from the first or second week of November, for Rs. 12,999. You can get the Sony Smartwatch 3 at the same price, while the Asus ZenWatch 2 is slightly cheaper today. The Huawei watch is available now for just under twice as much, as is the Apple Watch. That means that the Blink isn’t trying to compete as a budget alternative, really. It’s not the most expensive product on the market, but it’s not the cheapest smartwatch you can get either.

Best in class?
Meher is undeterred though. “We’re not cutting any corners here, and in terms of specifications, we’re giving you the best in class for the price,” he says. He tells us that the watch comes with a 1.2GHz processor, 1GB RAM, 8GB storage to keep your songs on the watch, which can connect to a Bluetooth device for music playback that’s independent from your phone, a 1.39-inch 400x400 pixel fully-circular display, and a 300mAh battery that he says lasts a day and a half, with software development going on to increase that to two days.

“It might not be coming from a big brand, but that’s why we’re really committed to making sure that the Blink is best in class,” Meher repeats, seemingly channelling the spirit of John Hammond from Jurassic Park. It’s certainly a good looking device – if we’re comparing it to anything that’s already on the market, we’d say it looks like the Huawei Watch. The Blink is light to hold, and has a circular metallic frame that’s been put together in consultation with product designers from HMT and Titan. The components themselves come from China and Taiwan based on WitWorks’ design, Meher says, and all the assembly takes place in Chennai.

The Blink watch we saw has leather straps that have been custom ordered – they’re 22mm straps with a taper to allow for a 18mm quick release pin. “The straight 18mm strap did not look very good to us, and we wanted to get every detail right with this,” Meher adds. “So the strap for example, is 4.5mm thick. It feels really good to hold. We tried out 3.5mm, and 5.5mm, and this was just the perfect thickness.” You can choose between a silicon strap, leather, or steel, and all three will come with an additional silicon strap in the box you can wear during workouts or runs.

Beyond the hardware
This attention to detail is admirable, but the real question is whether the company’s Marvin platform has what it takes to compete in the big leagues, as hardware gets increasingly commoditised.

We’ve seen too many Indian brands fail to deliver on their software promises with first generation products – the most famous example possibly being the Notion Ink Adam – and very few get second chances.

At first glance, Marvin is interesting. It’s a pretty simple interface that makes us think of the interface on a Fitbit than a smartwatch. There’s one button on the side of the device, and all other interactions happen on the touchscreen. “On the Apple watch, you’ve got the crown, you’ve got a button, the crown can also be pressed, and there’s Force Touch,” he says, “there are too many different types of interactions. It’s confusing for the user.”

With the Blink, you can swipe up, down, left, and right from any screen to see your fitness stats, music, apps, and time. Other interactions are carried out through a swipe along the circle’s rim. The circular scroll is very reminiscent of the iPod scrollwheel. Meher says that with the Marvin UI, the team has kept the focus on a streamlined set of interactions, instead of being “confusing” the way Android Wear is.

“Android Wear just feels half hearted,” says Meher. “They haven’t even properly customised for round screens, it just treats the watch like another phone.” The watch is compatible with both iOS and Android, and comes with a selection of preloaded apps. You can use it to play your music, track your fitness stats (with a “best in class” chip Meher assures us is more accurate than Fitbit’s), call an Uber, check your calendar, or use it for navigation or local discovery (restaurants nearby, for example). This can all be done using voice inputs as well.

The watch doesn’t come with an app store, and it’s not running these apps from your phone either. All of this happens locally, and the apps come preinstalled; future software updates from WitWorks will be used to augment the capabilities of your Blink.

A consumer tech brand
The Blink looks good, and although Marvin is still under development, it’s promising. The real challenge is getting people to put down more than Rs. 10,000 for a product in a category that isn’t exactly buzzing, from a company that no one has ever heard of.

Meher recognises this challenge, but he’s optimistic. His belief is that if WitWorks can get the Blink into the hands of enough early adopters and evangelists then the company will be able to grow organically. That’s why it’s so important that WitWorks get things right in the first go, and that’s why he’s keen to be the “best in class”. Actually accomplishing this is an incredible challenge. That doesn’t mean WitWorks can’t pull it off, but it certainly won’t be easy.

We ask what number of units the company plans to sell in November. Meher isn’t comfortable disclosing this at first, and after a lot of prodding he’s only willing to say that it’s “definitely more than 1,000”. Even if that sells out completely, is that enough to get the ball rolling? It’s hard to say. But what will WitWorks do if the Blink doesn’t succeed in the market?

“We’re looking at other options, plan A is certainly to have a hit with this, and then we start looking at expanding our range, and adding more products,” says Meher. “We want to build an IoT platform. We want to build something that will be the central hub of the smart home, and we’re working this out.”

But if that doesn’t work, the next step is to offer the platform to the watch companies, Meher adds. “They’ve been losing market, because young people don’t wear watches anymore,” he says, “and so they’ve been trying to make their own smartwatches. We’ve worked with Titan and we can see how we could help companies in that space to fill the gap.”

What's New on Netflix in October, and Our Top Picks
The Weekend Chill: Luke Cage, Westworld, NBA 2K17, and More