The Apple event that's an annual affair every September, has begun. Apple CEO Tim Cook kicked off the virtual press conference from Apple Park, the company's headquarters in California. Cook announced that Apple will be focusing on Apple Watch and iPad during this event, which is the strongest confirmation you'll get about the iPhone 12 series launching a little later this year. Apple launched the Apple Watch Series 6, Apple Watch SE, iPad 8th Gen, and iPad Air (2020) during this event. The company also unveiled its Apple One subscription bundle service. Apple announced that iOS 14, iPadOS 14, and watchOS 7 will be released on September 16. 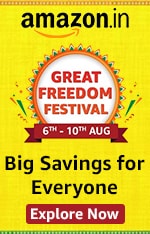