The Mi Box 4K can stream at up to 4K resolution with support for HDR. 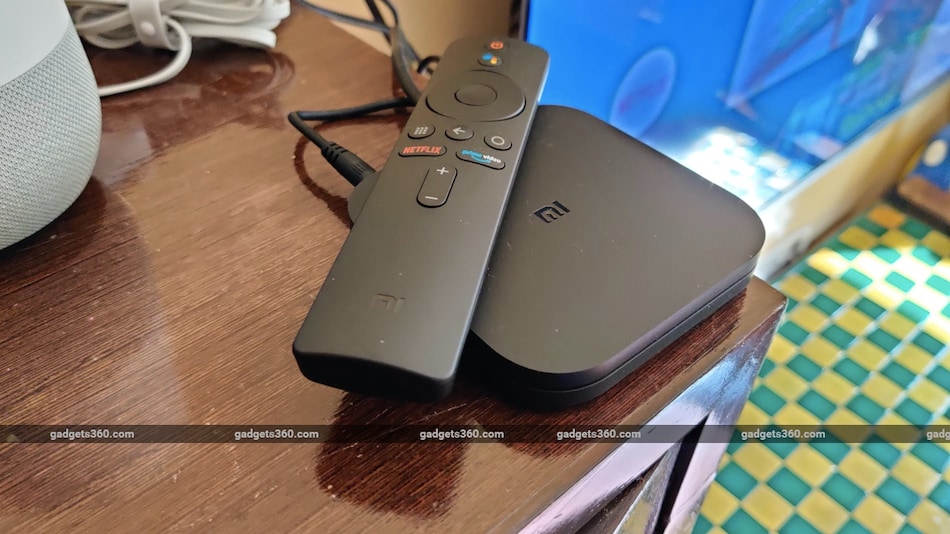 The Mi Box 4K is a table-top streaming device priced at Rs. 3,499 in India

Switching your smartphone every two or three years is fairly common, thanks to rapid improvements in screens, charging, battery life, and performance. However, two years isn't much in the typical life cycle of a television, and a lot of people are probably still using non-smart televisions that are five or more years old. Similarly, you might even own a smart TV, but poor software, a lack of updates, or poor app support has crippled your ability to watch online content. None of these are necessarily good enough reasons to buy a new TV altogether.

Xiaomi's latest product, the Mi Box 4K, is meant for exactly that purpose. Priced at Rs. 3,499, the Mi Box 4K is a compact table-top streaming device that plugs into the HDMI port of your TV and makes it smart. Alternatively, it can even make a smart TV ‘smarter' with better software and app support. How does this affordable streaming box work, and what can you do with it? Find out in our review.

Who is the Mi Box 4K meant for?

Xiaomi entered the smart television space in India with the Mi TV 4 55 back in early 2018, and has quickly established itself as one of the top brands in the industry thanks to its competitive pricing. However, just a little over two years in, the Mi TV 4 55 isn't getting the latest Android TV update, and anyone used to its smart functionality would rightly be concerned for what's to come. Smart TVs that aren't receiving software updates may lose support for key apps and services, or slow down to the point of being near-impossible to use.

Another possible use case is for someone who is using a TV that was never smart to begin with. Maybe you were happy with DTH and cable TV thus far, but you now want to give streaming services a shot. One way to do this is to buy a new television, but that won't be an affordable option, and you might even feel bad about getting rid of a perfectly functional model before its time is up.

The Mi Box 4K isn't huge, but needs to be placed on a table-top

The Mi Box 4K runs the current version of Android TV - version 9 Pie - and is assured an update to the next version when it rolls out. This naturally gives the device access to Android TV's extensive collection of apps and games, all of which can be accessed and used with your HDMI-enabled TV.

How does the Mi Box 4K work?

Like some of our favourite streaming devices, the Mi Box 4K is a standalone unit with its own capabilities and functions, resembling the Apple TV 4K when it comes to form factor. It needs to be connected to a TV using the included HDMI cable, and to a power outlet. Once this is done, the Mi Box 4K is ready to power on and set up. Connectivity to the Internet is only through Wi-Fi, with Bluetooth 4.2 also supported for pairing with audio devices, game controllers, and the included remote.

Once you've set everything up - including linking your Google account - the Mi Box 4K takes over as the smart interface, sending the picture and sound signals to your TV. You can also connect external speakers to the device using the Audio Out port on the Mi Box 4K, bypassing your TV's speakers if needed. This is a hybrid port, so you can connect digital or analogue audio devices to it to redirect the sound.

HDMI is the main port here, as that lets you connect the Mi Box 4K to your TV

The device is powered by a quad-core Amlogic processor, and has 2GB of RAM plus 8GB of internal storage for apps. As the name suggests, the Mi Box 4K supports streaming at up to 4K resolution, along with high dynamic range support up to the HDR10 format.

The Mi Box 4K has its own remote, which is used to navigate around the interface, open apps, and adjust the volume, among other things. The remote closely resembles that of the Mi TV range, but is slightly different to reflect the differences in the software. While Mi TV remotes have a ‘Mi' button to quickly access the PatchWall launcher, the Mi Box 4K's remote has an app drawer button in its place, since it runs only on Android TV without PatchWall.

The remote connects to the device using Bluetooth, and is powered by two AAA batteries. As is the case with some of the recent Mi TV variants we've reviewed, batteries are not included in the sales package, which is disappointing. The remote lacks a mute button, and its build quality is less than ideal. HDMI CEC, while functional, didn't let our TV's remote control everything on the Mi Box 4K, with only basic navigation possible.

What can you do with the Mi Box 4K?

Like other standalone streaming devices, the Mi Box 4K gives you access to a huge collection of apps and games that you can use on your TV. Some apps are preinstalled on the Mi Box 4K, such as Netflix, Amazon Prime Video, and YouTube, while others can be installed from the Google Play Store for Android TV. Most popular streaming services in India have apps for Android TV, and all the popular options worked well for us on the Mi Box 4K.

Like with most Android TV devices, the Mi Box 4K comes with Google Chromecast functionality built in. This is the same as the Chomecast Ultra, and supports casting at up to 4K resolution. You can mirror your screen or cast directly from supported apps on compatible devices. Interestingly, you can also plug a USB drive into the Mi Box 4K to play local content. Oddly, we couldn't find a preinstalled media player app, but popular file manager apps on the Google Play Store for Android TV were able to play content across various file formats and resolutions, including HDR content.

The Mi Box 4K supports streaming at up to 4K resolution, with support for HDR up to the HDR10 standard. The lack of support for the better Dolby Vision standard is disappointing, and holds the Mi Box 4K back a bit, especially considering that some televisions priced under Rs. 30,000 now support the 12-bit standard.

HDR10 is decent enough if your TV can handle it, and Netflix and Amazon Prime Video do let you play all HDR10 content. Dolby audio is also supported on the device, and this will come in handy when connected to televisions or sound systems that also support the audio format.

There's also Google Assistant on the Mi Box 4K, with a dedicated button and microphone on the remote. This worked pretty much as expected. It can be linked to other Google Assistant devices for voice commands, such as the Google Home. If you're using a mobile hotspot or other Internet connection with a data cap, the Mi Box 4K has a data saver function that will help you keep track of and reduce bandwidth consumption while streaming.

The remote isn't built very well, and there's no mute button on it

The Xiaomi Mi Box 4K isn't necessarily something that a lot of people will need or want, but it serves its very specific purpose impressively. While it isn't the first Android TV-powered streaming device in India, it is perhaps the only one that offers the full stock experience without any significant omissions or brand-centric overlays. It's also 4K and HDR capable, which is a big advantage at its price.