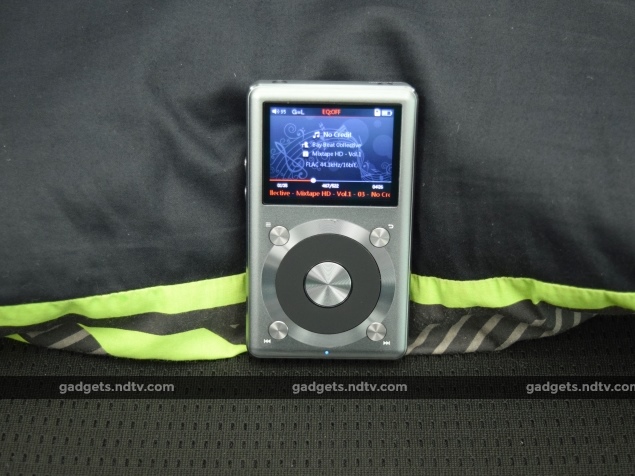 Fiio's first-ever portable high resolution audio player, the Fiio X3, has enjoyed considerable success since its launch in 2013. It is held in high regard by both users and reviewers, and it sold in huge numbers. It also set the stage for the excellent X1 and X5 high-res players, which have won the industry over with stunning performance.

The X1 and X5 are at two ends of the cost spectrum. The Fiio X1 is promoted as a wallet-friendly high-resolution audio player, and represents tremendous value, while the Fiio X5 sits at the top of the range, offering expensive, reference-grade performance and a sense of drive like no other. The new Rs. 14,999 Fiio X3 (Second Generation) sits in between those two extremes. It seeks to offer a bit more than the budget X1, while keeping costs below X5 levels. Finally, key improvements over the old X3 include a complete redesign to bring it in line with the X1 and X5, and new and improved internal components. We take a look at the new X3 in our review. 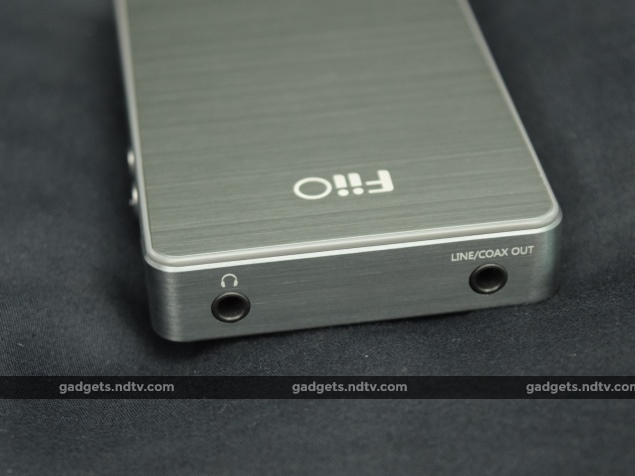 Specifications and Design
You could easily mistake the Fiio X3 (Second Generation) for the X1, since the dimensions and looks are nearly the same. The X3 is marginally thicker and weighs a little bit more. The casing is still metal, and looks and feels excellent. Also, the inclusion of a separate line/coaxial out port on the top of the device distinguishes it from the budget model. Other differences are on the inside of the device: while the X1 and X5 use Texas Instruments digital-to-analogue converter chips, Fiio has opted for a Cirrus Logic DAC here. Amplification is through a Texas Instruments chip similar to the one used on the Fiio X5. Other differences over the X1 are external DAC support, DSD file format support, a larger 2,600mAh battery, and a greater drive ability; the X3 (Second Generation) can drive headphones rated at 16-150 Ohms of resistance.

As is the case with the entire Fiio 'X' range, the X3 (Second Generation) has no internal storage. A single, exposed microSD card slot provides the storage capability, and supports cards of up to 128GB. The USB port is at the bottom, while the headphones socket remains at the top. Power and volume keys are still on the side, while navigation is still carried out using a jog dial. Five hard keys on the front control the play/pause, next, previous, return and menu functions. The 2-inch display is the same as the one on the X1, and only serves to give you visual cues for navigation. The design works for the most part, so we're pleased on the whole.

Unfortunately, Fiio is still using the same terrible user interface on the X3 (Second Generation) that we saw on both the X1 and X5. Scrolling through hundreds of tracks to find the one you want is still a cumbersome and frustrating affair. We usually used the device in shuffle mode simply because it felt as though playing a lottery with our music was less tedious than picking tracks every fewminutes.

The customisable equaliser is an improvement over that of the X1, with more frequency bands. It's an excellent equaliser, and works wonders in tweaking the sound to how you like it. However on the whole, the interface needs improvement. Fiio users have been waiting on a much-needed firmware update for a while now, but it's still nowhere in sight. 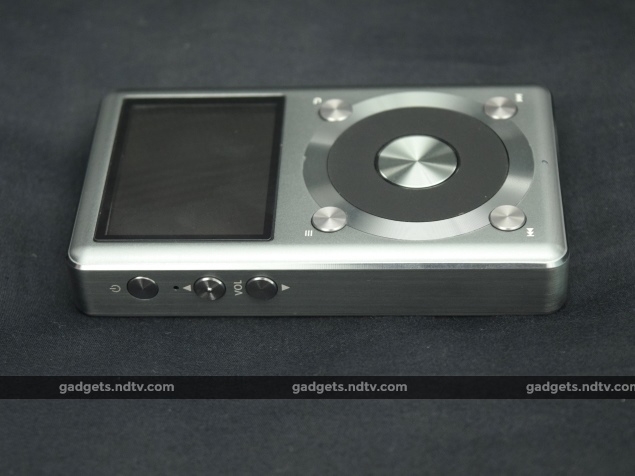 Performance
As we did with the X1 and X5, we loaded an assortment of audio files onto a 16GB microSD card, including tracks in MP3, WAV, FLAC and M4A file formats. Focus tracks for the review were Deee-Lite's Groove Is In The Heart and Michael Jackson's Scream in 16/44.1 FLAC; and an orchestral version of Sting's Walking On The Moon in M4A. We used the Rock Jaw Alfa Genus, V-Moda XS and Sennheiser Urbanite to listen to the Fiio X3 (Second Generation). We also had our reference Fiio X1 on hand through the test, and compared the X3 (Second Generation) to our test notes on the X5 as well. We also plugged the device into a Windows laptop to test the standalone DAC functionality.

We started with what we feel is quite possibly the grooviest track of the 90s, Groove Is In The Heart, along with the V-Moda XS. We could barely tell the difference in the sound between the X1 and X3. Even though the two devices use different DAC and amplification chips, the sound is identical at low volumes. The X3 does tend to perform better at higher volumes than the X1, though. Where the X1 starts to get heavy and a bit too warm for our tastes, the X3 holds its own, quite like the X5. This was particularly noticeable during Deee-Lite's chirpy vocals and the catchy beat in the track. 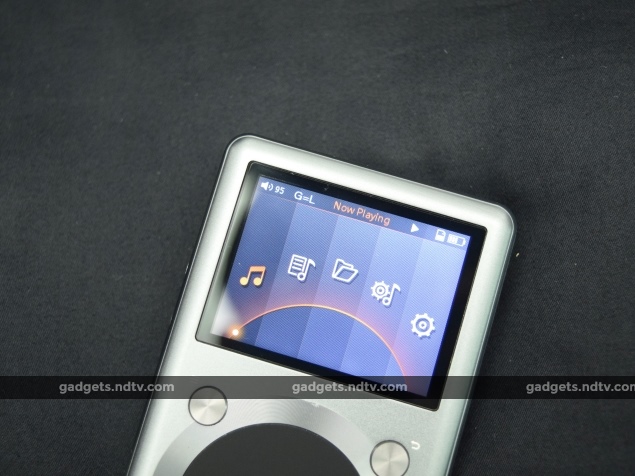 Next up was Michael Jackson's Scream with the Sennheiser Urbanites. The beginning of this track has a deep, resonating bass note which often reveals flaws in headphones and players. There was no such weakness in the Fiio's handling of the note, as well as the rest of the track. Tonal neutrality was maintained impressively through the song, with just a little bit of a decibel drop at the two ends of the frequency range. The quality of the sub-mids particularly stood out, as did the imaging in general. The X3 (Second Generation) remains loyal to the recording and brings out the best in the headphones it's used with, just the X5.

Last up, we played the cover of Walking On The Moon, with the superb Rock Jaw Alfa Genus plugged in. These earphones have a knack for enhancing detail, and the Fiio X3 (Second Generation) did a fantastic job of helping the track along, especially its busier percussion-driven sections. We could tell that there was a faint improvement in both detail and imaging over the X1. However, the X3 doesn't quite achieve the same levels of sound performance as the X5, and the latter remains Fiio's reference-grade player. 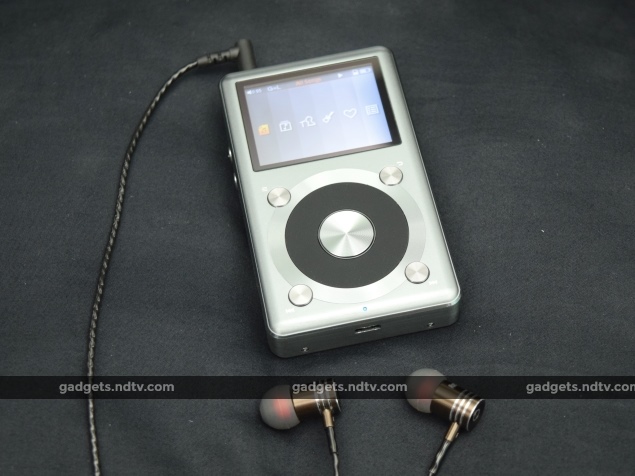 Fiio claims that the device will run for over 11 hours on a full charge when driving output at 32Ohms at moderate volumes and with the display off. We got an average of about 10 hours of run time on a full charge, but this involved constant use of the display and lower impedance earphones that are easier to drive. What is disappointing about this is that despite the larger battery, the X3 (Second Generation) provides the same amount of battery life as the X1.

An excellent feature that Fiio has added to the X3 (Second Generation) is a Deep Sleep Mode. When the device is switched on but not in use, it goes into a battery-preserving sleep mode where most functions are shut off to conserve power. However, a single touch of a button will wake it up instantly. This is rather convenient, and fixes one of the minor gripes we had with the other two devices in the X range. 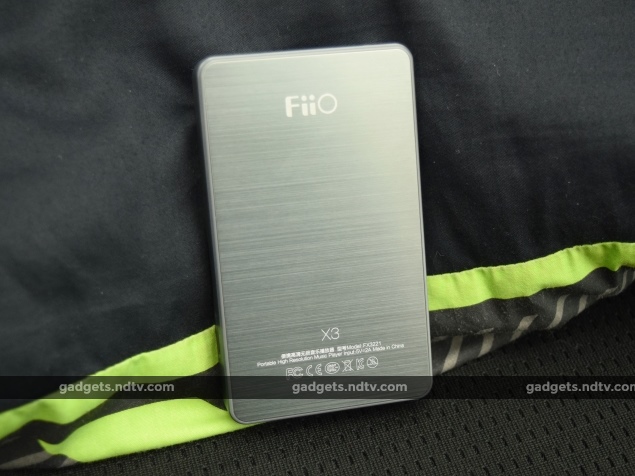 Verdict
The Fiio X3 (Second Generation) is another victory from the Chinese company that never fails to impress us. It isn't quite the budget champion that the X1 is, nor does it have the reference grade performance that the X5 provides. But it takes enough from both extremes and provides a solid mid-range product that keeps Fiio's flag flying high. It improves on some aspects of the sound of the X1 and even adds standalone DAC functionality.

However, this increase in price is significant, and the new X3 costs nearly twice as much as the entry-level X1. If you need standalone DAC functionality or are just keen to tweak your sound that little bit without spending too much, then the X3 (Second Generation) is for you. However, if you're trying to keep costs down, the X1 offers practically the same level of performance at a much lower price. The Fiio X3 (Second Generation) is available now through Headphonezone.in.