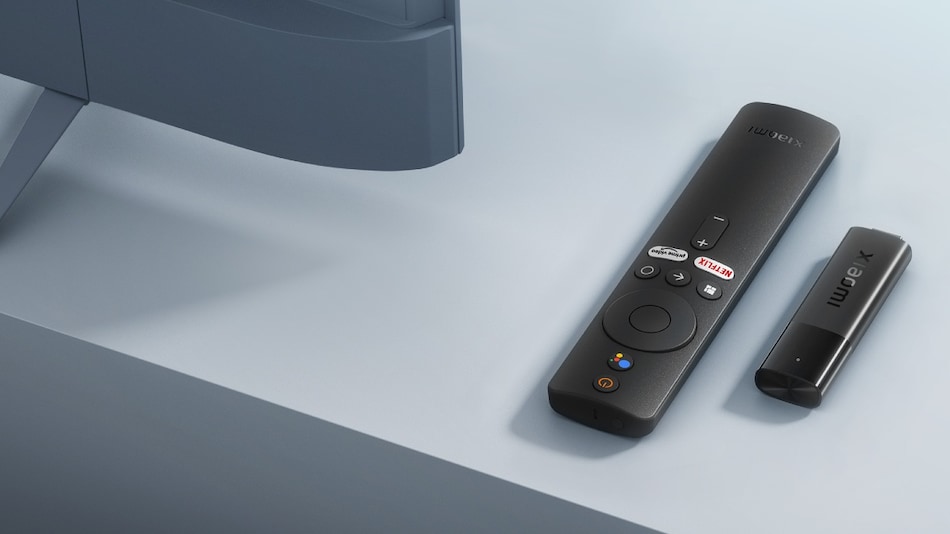 Xiaomi TV Stick 4K is yet to go on sale

Xiaomi TV Stick 4K has debuted as an upgrade to the company's existing Mi TV Stick that was launched in India and other markets around the globe last year. As the name suggests, the new model offers 4K streaming. Xiaomi TV Stick 4K also runs on Android TV 11 out-of-the-box and supports Dolby Vision technology for an enhanced video playback experience. The media streaming stick also includes more memory over the last year's model but has the same storage capacity.

Currently, Xiaomi has listed Xiaomi TV Stick 4K on its global website without detailing its pricing and availability. The company's historical records, however, suggest that the price of the new model is likely to be aligned with competitive 4K streaming sticks. It will expectedly cost more than the Mi TV Stick that was launched in Europe at EUR 39.99 (roughly Rs. 3,400). It debuted in India at Rs. 2,799.

Xiaomi TV Stick 4K comes pre-installed with Amazon Prime Video, Netflix, and YouTube, and includes support for both Dolby Atmos and Dolby Vision. The stick runs on Android TV 11 — an upgrade over the original Mi TV Stick that came with Android TV 9. Under the hood, the Xiaomi TV Stick 4K has four cores of Cortex-A35, along with Mali-G31 MP2 GPU and 2GB of RAM. The previous model had quad-core Cortex-A53, coupled with Mali-450 GPU and 1GB of RAM. The storage capacity on the 4K stick is, however, the same as before at 8GB.

Wireless connectivity options on the Xiaomi TV Stick 4K include dual-band Wi-Fi, Bluetooth v5.0. The device also has an HDMI port for connecting with a TV and a Micro-USB for power.

The Xiaomi TV Stick 4K streaming device measures 106.8x29.4x15.4mm and weighs 42.8 grams. It is paired with a remote that has dedicated Amazon Prime Video and Netflix shortcuts as well as a dedicated button to activate Google Assistant. Xiaomi's native branding is also available seen on both the stick as well as the bundled remote — unlike the Mi logo available on the earlier model.