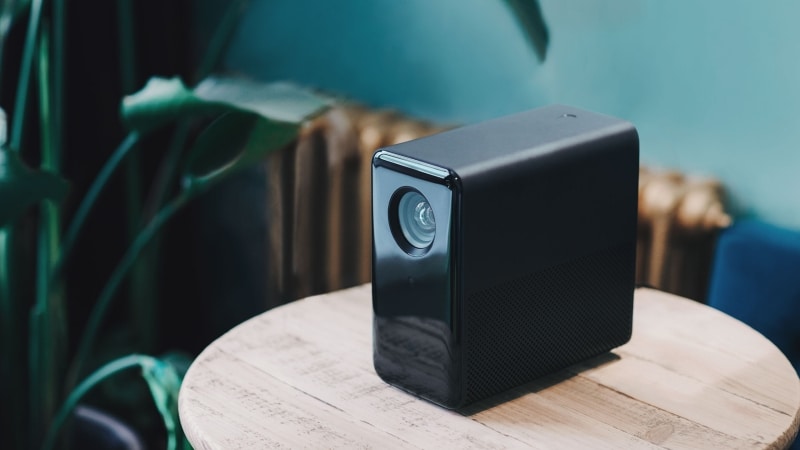 A long time after unveiling the original Mi Laser Projector, Xiaomi has now launched its cheaper variant that is called the Mijia Projector. The new projector, which is available with a price tag of CNY 3,999 (approximately Rs. 42,200), is touted to produce 800 ANSI lumens of brightness. Comparatively, the Mi Laser Projector debuted in China at a price of CNY 9,999 (around Rs. 1,05,600) and had 5000 ANSI lumens of brightness. The new projector will be available for purchase in the Chinese market starting June 1 via Xiaomi Mall, Youpin, JD.com, Tmall, Suning, and other online channels.

The Mijia Projector features 2.07 million reflective lenses and uses a new light-path design that is touted to enhance projection brightness by 5 percent over original structure featured on the Mi Laser Projector. The built-in lenses are rated to adjust the focus automatically in three seconds. The projector also has a P1W/A lamp beads from Osram that enables 800 ANSI lumens of brightness. Additionally, the company has provided support for HDR10 video decoding and a contrast ratio of 500:1. The projector has 2-inch 10W stereo speakers that are powered by a dual-passive audio system and supports Dolby Audio and DTS-HD technologies. Adding to that, there is a 0.47-inch DMD imaging chip, and the projector comes with ±45-degree keystone correction.

The Xiaomi Mijia Projector has been designed as a short-throw projector that can shoot as large as an 80-inch screen from a distance of two metres. In contrast, the Mi Laser Projector that was launched in June 2017 was capable of projecting content to a maximum of 150 inches with 3000:1 native contrast. The new projector also supports 1.1:1 projection ratio and uses Texas Instruments TRP square pixel architecture scheme to deliver clear results on screen.