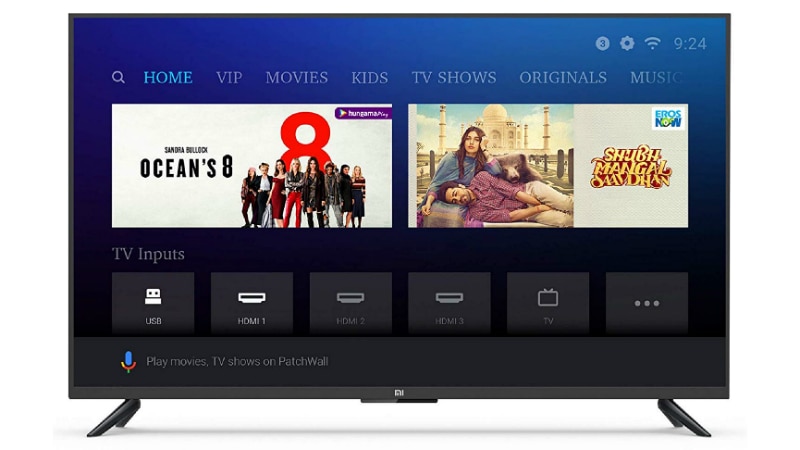 Chinese technology giant Xiaomi on Friday announced that it had shipped more than 1 million television units in its Mi TV range of smart LED TVs in India thus far. To recall, the Mi TV 4 was first launched in India in mid-February this year and has since seen the launch of Mi TV 4A, Mi TV 4 Pro, Mi TV 4A Pro, and Mi TV 4C Pro. Offering high-end specifications and features at affordable, value-for-money price points have possibly been factors in helping the brand leverage the online market and get to the one million mark in such a short span.

Back in August this year, Xiaomi had announced that it sold 500,000 units in its Mi TV range. However, with an impressive 100,000 units sold in the festive online sale held from October 9-11, coupled with the company's rapidly growing offline presence, Xiaomi has been able to hit the 1 million mark within about 2 months of that announcement. The success can also be owed to three new Mi TV models with Android TV launched in September this year. Notably, Xiaomi says it has achieved the feat of shipping 1 million units in over 9 months, by our calculations, it is under 9 months, with the first sale held on February 22, though the launch was on February 14.

To celebrate this achievement and the combined Diwali 2018 festive season, Xiaomi is offering a Rs. 1,000 discount on purchase of the 32-inch and 43-inch Mi TV 4A models on Flipkart and a 43-inch Mi TV 4A model on Mi.com, as part of the Big Diwali sale and the Diwali with Mi sale, respectively.

Raghu Reddy, who heads category and online sales at Xiaomi India, said, “We are extremely proud to be sharing another Mi TV milestone with our fans and thankful for all the love. It took us years of planning to get the hardware design, smart Patchwall User Interface, and software partnerships to deliver a truly smart TV experience for India and we are glad that over a million Indians put their faith in our product. Based on what we know, no other brand has ever achieved this in India.”