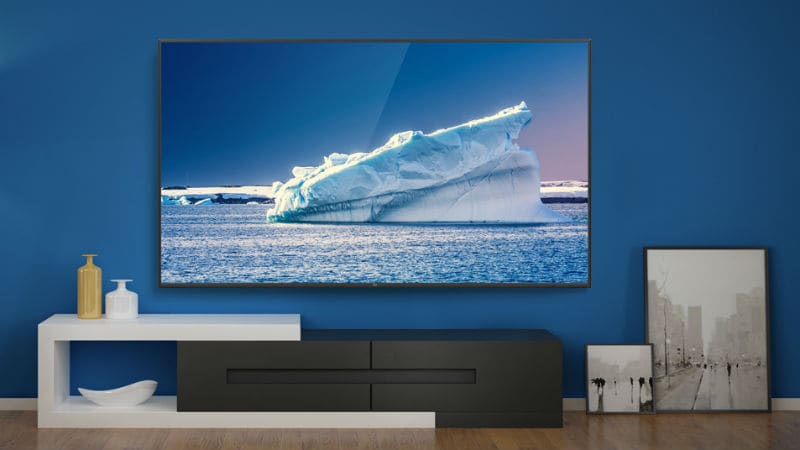 Mi TV 4 now has a new 75-inch variant that Xiaomi has launched alongside the Mi 8, Mi 8 SE, and Mi Band 3 at its 8th anniversary event in China. The Chinese manufacturer had first launched its Mi TV 4 series at CES 2017, and the TVs were showcased in 49, 55, and 65-inches models. In India, the 55-inch variant of the Mi TV 4 made its way in February this year. But, the company has launched the new model as the with the largest screen size in the series.

When it comes to the Xiaomi Mi TV 4 75-inch variant's price and availability, it will be going on sale in China from June 10 and is currently available for pre-order via the company's site. It has been priced at CNY 8,999 (roughly Rs. 95,000). It will be available in only one Black colour variant. Similar to the previous versions, the new 75-inch Mi TV 4 is also ultra-thin and is equipped with Xiaomi's AI voice assistant. The key features of the television include a 4K HDR Ultra HD (3840x2160 pixels) display with 178-degree viewing angle and 60Hz refresh rate, 2GB RAM, 64-bit ARM-A53 quad-core processor, and Dolby audio.

One of the highlights of the new Mi TV 4 model is that it is just 11.4mm thin. The television is equipped with 32GB of inbuilt storage and much like other Mi TV offerings, it runs PatchWall interface and comes with preloaded apps and features. In terms of connectivity, the Mi TV 4 offers three HDMI ports, an AV port, two USB ports, one Ethernet port, and S/PDIF. It has Wi-Fi and Bluetooth support as well.

It is not clear whether Xiaomi will launch the new Mi TV 4 75-inch model in India. if it does, we can expect the AI-powered PatchWall UI to be redesigned for the Indian market, as it offers personalised recommendations and universal search.