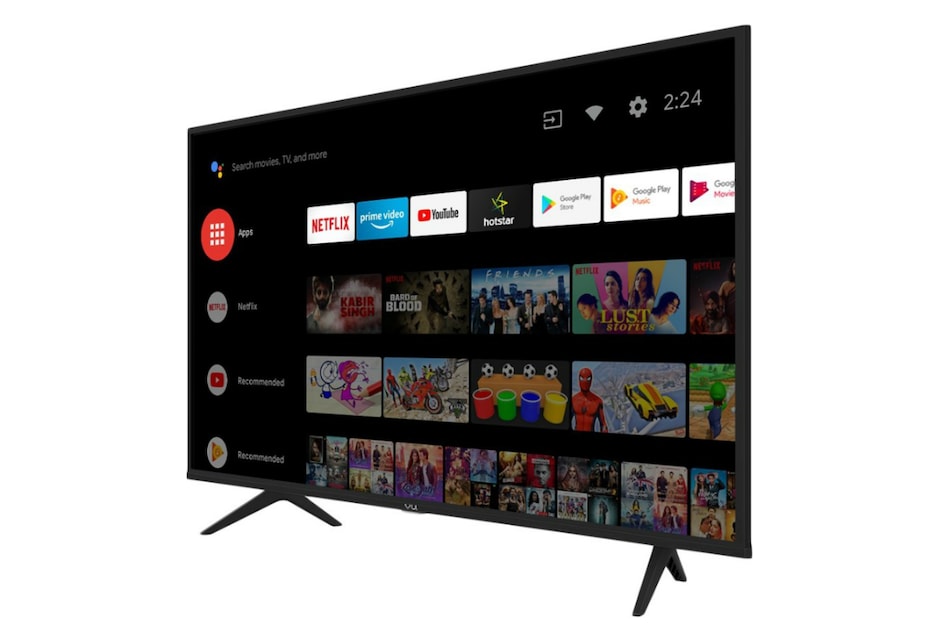 Vu Premium TV series has quietly made its India debut with Dolby Audio and DTS Studio Sound integration. The new TV range has surfaced on Flipkart, and is also listed on the company website, however Vu is yet to officially announce its arrival. It currently includes the 32-inch and 43-inch smart TV models that both have built-in Google Chromecast. Vu Technologies has provided Android TV 9 Pie on both TV models along with access to over-the-top (OTT) apps such as Amazon Prime Video, Hotstar, Netflix, and YouTube. The latest Vu TVs also have quad-core processors and 1GB of RAM. The new range of Vu TVs could give a tough fight to Xiaomi's Mi TV 4A Pro models.

The Vu Premium TV 32-inch price in India is set at Rs. 10,999, while the Vu Premium TV 43-inch price is set at Rs. 19,999. Both new TV models are currently available for purchase through Flipkart. Launch offers on the TVs include a 10 percent instant discount on Bank of Baroda credit cards and a five percent unlimited cashback on Flipkart Axis Bank Credit Cards. Both these offers are limited to purchases made through Flipkart. Additionally, there are no-cost EMI options starting at as low as Rs. 917 a month.

The Vu Premium TV 32-inch version features a 32-inch HD (1366x768 pixels) display, whereas the other model has a 43-inch full-HD (1920x1080 pixels) display. The 32-inch model comes with a 20W Box Speaker. However, the 43-inch model has a 24W Box Speaker. Both models also come with Dolby Digital and DTS Studio Sound integration. Moreover, the TVs come bundled with a VESA wall mount and a table stand.

Except for the display and speakers, both new Vu Premium TV models have almost identical hardware. They come with a 64-bit quad-core processor along with 1GB of RAM and have 8GB of onboard storage. The TVs also have a dual-core GPU.

The two new Vu Premium TV models run Android TV 9 Pie along with Google Play Store. There are also seven distinct picture modes and a dedicated Vu Cricket mode that is touted to ensure 100 percent ball visibility. Further, there is Google Chromecast support to let users cast their content directly from an Android, macOS, or Windows device directly to their TVs.

Microsoft Bringing Its Antivirus Software to Android, iOS; Will Preview at RSA Conference Next Week
Oppo Find X2 Launch Reportedly Rescheduled for March 6: All You Need to Know