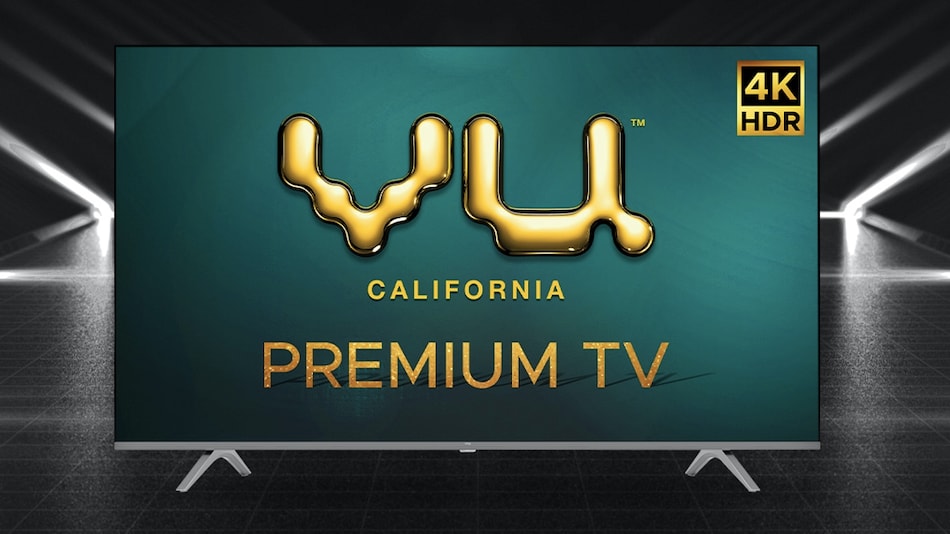 Following the launch of its Cinema TV range, Indian television manufacturer Vu has now launched a new line of televisions in India. The Vu Premium 4K TV range is the latest in the company's product lineup, and is a part of its affordable feature-filled televisions available for the online market in India. Priced at Rs. 24,999 onwards, the Premium 4K TV range runs on the Android TV platform, and is available in three sizes: 43-inch, 50-inch, and 55-inch. The TVs will be available for purchase on e-commerce platform Flipkart.

The Vu Premium 4K TV range runs on Android TV 9 Pie, with support for all major apps and streaming services such as Netflix, Amazon Prime Video, Hotstar, and YouTube. As the name suggests, all televisions in the range are 4K LED TVs, with a screen resolution of 3840x2160 pixels. The televisions also support HDR including the Dolby Vision standard, and have a claimed brightness rating of 400nits.

The new range is similar to the Vu Cinema TV range launched recently, but with slightly more affordable pricing. Key differences between the two are a changed design language, and sound output, with the Premium 4K TV range coming with 30W of sound output across all three size variants. While the Vu Cinema TV range is primarily available on Amazon, the Premium 4K TV range will be extensively sold through Flipkart.

The Vu Premium 4K TV range also features a smaller, sleek remote with fewer buttons than on traditional remotes. The remote has hotkeys for Netflix, Amazon Prime Video, YouTube, and Hotstar, along with a Google Assistant button and a D-pad for navigation. Like other Android TV devices, the Vu Premium 4K TV range also has a built-in Chromecast for Google Cast support. There is also Dolby Audio tuning for the TV's speaker system.