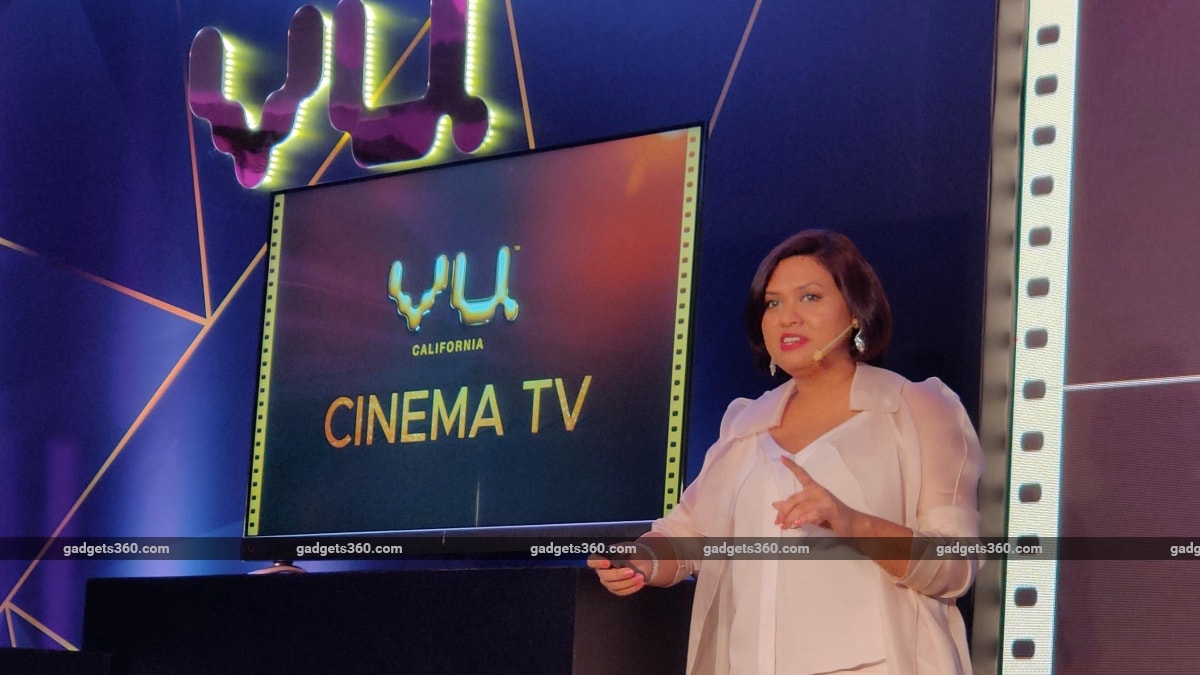 Vu has always been a formidable name in the Indian TV market, largely thanks to affordability and features. With a strong hold on the affordable feature-filled segment, Vu has launched its latest product range to go up against manufacturers such as Xiaomi, OnePlus, Samsung, and LG. The Vu Cinema TV range, launched today by the Indian television manufacturer, is priced from Rs. 26,999 onwards, and features 4K resolution, Dolby Vision HDR, and Android TV 9 Pie in three size options - 43-inch, 50-inch, and 55-inch.

All models in the Vu Cinema TV range feature 4K resolution screens (3840x2160 pixels), along with support for Dolby Vision HDR and smart connectivity through stock Android TV 9 Pie. Various apps and streaming services are supported, including popular options such as YouTube, Netflix, Amazon Prime Video, and Hotstar, to name a few. The TVs also use Vu's Pixelium Glass Technology, which is said to enhance brightness to a claimed level of 500 nits.

The new Vu TVs also see some improvements in sound, with the range having 40W of sound output through a front-firing soundbar-like speaker arrangement with a combination of tweeters and full-range speakers. All televisions in the Vu Cinema TV range have the same features, with the only differences being in the sizes of the three variants.

The Vu Cinema TV range is the Indian company's latest attempt to take on Xiaomi and OnePlus, apart from Samsung and LG. With features such as Dolby Vision and the 40W soundbar at competitive prices, the company will hope to win over the affordable feature-filled TV segment in 2020.

Jeff Bezos Says Amazon Is the Best Place in the World to Fail, Asserts 21st Century Will Be India's
Government Said to Propose Incentives to Woo Apple, Samsung Suppliers