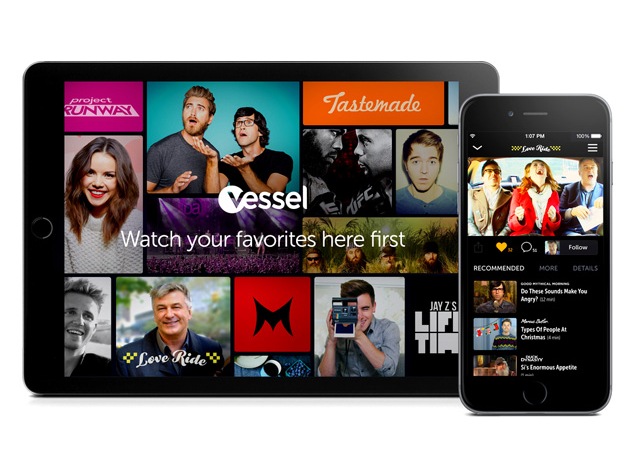 Online video platform Vessel launched its paid subscription service on Tuesday, offering programming at least three days before other websites in a bid to reshape an industry dominated by free content on Google Inc's YouTube.

Vessel, which costs viewers $3 a month, was founded by former Hulu Chief Executive Jason Kilar and Chief Technology Officer Richard Tom. They aim to create an early window for a selection of web video, similar to the way movies are released in theatres before they arrive on cable TV or the Internet.

"Early access is very valuable," Kilar said in an interview. "There are a lot of consumers who would love to see something early."

More than 130 creators will provide early access to content on Vessel. After the exclusive period ends, videos can go to YouTube, Vimeo, Vevo or other free, ad-supported sites, and are free on Vessel.

YouTube stars such as Ingrid Nilsen, Rhett & Link and Shane Dawson are among creators whose videos will make their debut on Vessel. Other programming comes from online networks such as food-oriented Tastemade and celebrities such as Alec Baldwin.

Video creators on Vessel keep 70 percent of ad revenue, compared with 55 percent that is typical on YouTube, plus 60 percent of Vessel subscription revenue.

With those incentives, the new service will be an easier sell to creators than offering viewers who are used to watching videos for free, said Brett Sappington, director of research at Parks Associates.

"Vessel must rely on content creators' popularity and self-marketing to entice their loyal viewers into paying a monthly fee," he said.

The service is free for one year for viewers who sign up within the first three days.

It is unlikely YouTube will lose significant revenue from a migration to Vessel, Sappington said. YouTube made its debut a decade ago and has more than 1 billion users.

A YouTube spokeswoman said the platform's creators are pulling in higher revenue, boosted last year by a program called Google Preferred for advertising on the most popular channels. Year-over-year revenue rose 70 percent for the top 100 channels after Google Preferred launched, she said.

Vessel, which raised $77 million in venture capital funds, also includes free videos with ads. KFC, Chevy and McDonald's are among the initial sponsors. One option is five-second ads, shorter than the 30-second spots that usually run before online videos.