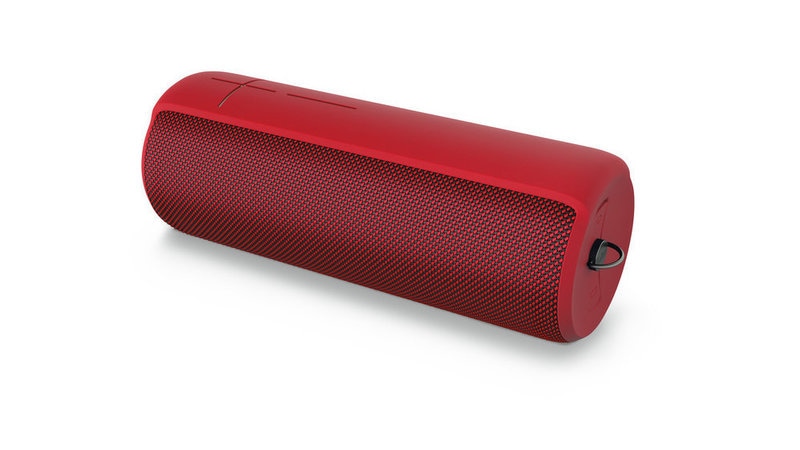 Logitech on Monday expanded its Ultimate Ears (UE) brand in India by launching the UE Megaboom in India. The wireless speaker is priced at Rs. 19,995 and will be available in the country starting November 20.

Originally announced back in January 2015, the UE Megaboom is touted to deliver 360-degree sound with a maximum audio level of 90dBA. There are two 2-inch drivers and two 2-inch x 4-inch passive radiators that jointly produce a frequency range between 65Hz - 20kHz. The speakers also have a built-in rechargeable lithium-ion battery that is claimed to last for up to 20 hours on a single charge.

Logitech's UE has designed the Megaboom speaker with an IPX7-certified build that can be immersed in a liquid of up to one metre for up to 30 minutes. The wireless speaker has up to 100-feet Bluetooth connectivity in addition to NFC, 3.5mm AUX-in, and a Micro-USB port. There is a dedicated UE Megaboom app for Android and iOS devices that enables features such as musical alarm, customisable five-band EQ, gesture controls. The app also enables over-the-air (OTA) updates. Additionally, the speaker has Siri, Google Assistant, and Amazon Alexa voice integration in some regions to let you connect with the virtual assistants and listen to your commands. Currently, the India site has Siri and Google Assistant listed, and we've reached out to the company for confirmation of support.

The UE Megaboom has a Block Party feature that enables the speaker to play music from up to three Bluetooth devices. Also, you can wirelessly stream audio from up to two UE Megaboom devices from one source. It comes in Lava Red and Black Charcoal colour options.

"We always aim to give consumers an innovative device with magnificent user experience, great specs, and other desirable features. Hence, Ultimate Ears Megaboom is a gift to the Indian music lovers from the Ultimate Ears Family this party season," said Ashok Jangra, cluster category head - Logitech India and SWA, in a statement.

Last month, Logitech unveiled the UE Blast and Megablast speakers with Amazon Alexa integration. The new speakers come as an upgrade over the UE Boom 2 and UE Megaboom models.