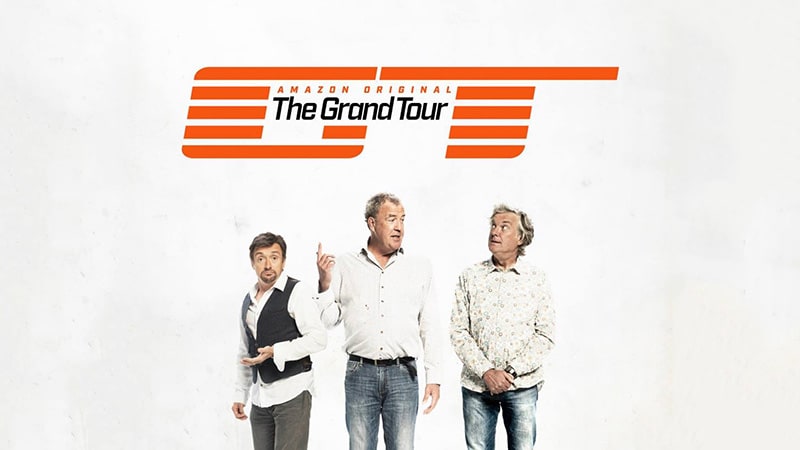 The Grand Tour, the new car show from ex-Top Gear hosts Jeremy Clarkson, Richard Hammond, and James May, will arrive on Amazon Prime Video come November 18. Unlike other Amazon series that follow the entire series at once format, The Grand Tour will release one episode every Friday for a total of 12 weeks.

A first season order of 12 episodes might seem a bit more than what they used to do in their final years over at Top Gear (mostly 6 episodes or so a series), but then Top Gear has two series in a single year. The Grand Tour is currently on a three-series deal, according to Amazon.

As usual, the three will be traversing the world not just for adventures, but even basing their studio in those locations in front of a live audience. They have already been to South Africa back in July, with shooting about to happen in California later this month, which will also be the first episode. The Grand Tour will also shoot in Germany, the UK, and other parts of the world.

The trio were much loved by fans for their goofy antics at Top Gear rather than the factual car programme it’s purported to be – something Amazon doesn’t shy away from in its official description (“Sometimes it's even a show about cars”). Surprisingly then, the accompanying teaser clip with the launch date announcement focuses on the fun they’re having driving supercars.

Owing to possible legal issues, which arose out of Clarkson punching a Top Gear producer that lead to his exit followed by the other two, Amazon stops short of naming the BBC show in its press release. Meanwhile, the continuation of the Top Gear brand under its new hosts, Chris Evans and Matt LeBlanc, hasn't gone as planned for the British broadcaster, with Evans leaving after just one season.

If you can’t wait for November, Clarkson, Hammond, and May have been providing behind the scenes info and jibes at each other (more of the latter) over on their respective Twitter accounts, with a collection on the official account, as production continues. So go scroll through that to pass the time.