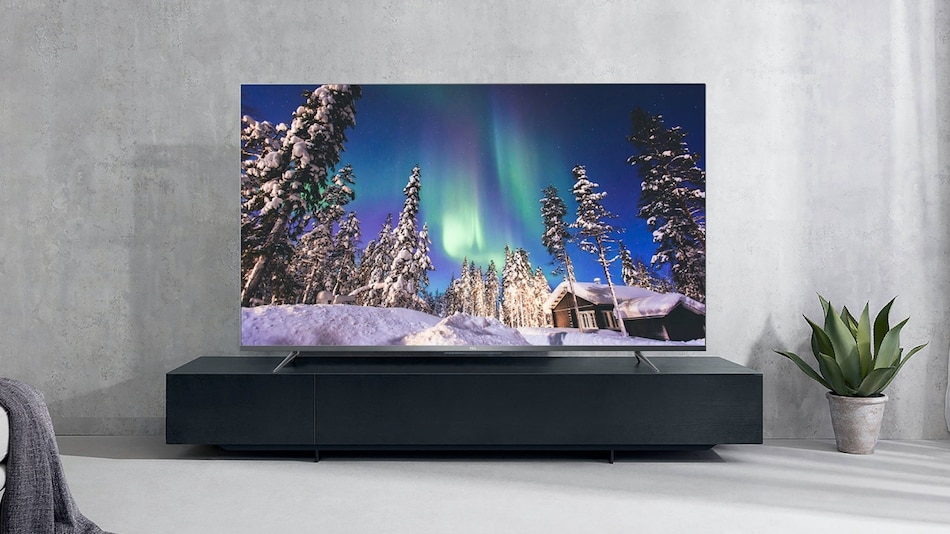 The TCL P715 is available in various sizes

TCL has launched the new P715 mid-range television series in India. All models in the range feature 4K resolution screens and Android TV software. The television series is priced from Rs 39,990 to Rs. 99,990 depending on the size, starting at 43 inches. TCL has not announced specific details on the screen sizes, prices, availability, or particular specifications of the televisions yet, but has revealed some details on features that will be available on the P715 series as a whole.

The company states that the televisions will come powered with artificial intelligence and far field voice recognition. The latter uses four microphones to pick up voice commands from across the room, and doesn't need a button to be pressed on the remote, or to speak into the remote itself. The feature has been seen on previous TCL televisions as well, and is particularly convenient if you're comfortable with giving voice commands.

Although not specified, the feature will likely function with Google Assistant, which is built into most Android TV-powered televisions.

The entire TV range will be 4K and will presumably be running on the latest version of Android TV, version 9 Pie. HDR will also be supported. The HDR10 format for high dynamic range content is supported on the TCL P715. Google Play Store for Android TV will be supported to allow users to install apps and games. Certain models of the TV will come with a pop-up camera for video calls, and there is said to also be Dolby Audio support for enhanced audio on the TCL P715 TV series.

The earlier teasers also suggest that the TVs will have QLED panels, putting the TCL television series up against the OnePlus TV (Review) in India. TCL is also expected to launch an 8K QLED, but this television hasn't been announced yet; the current launch talks only of 4K televisions. More details are expected to be revealed in the coming days.