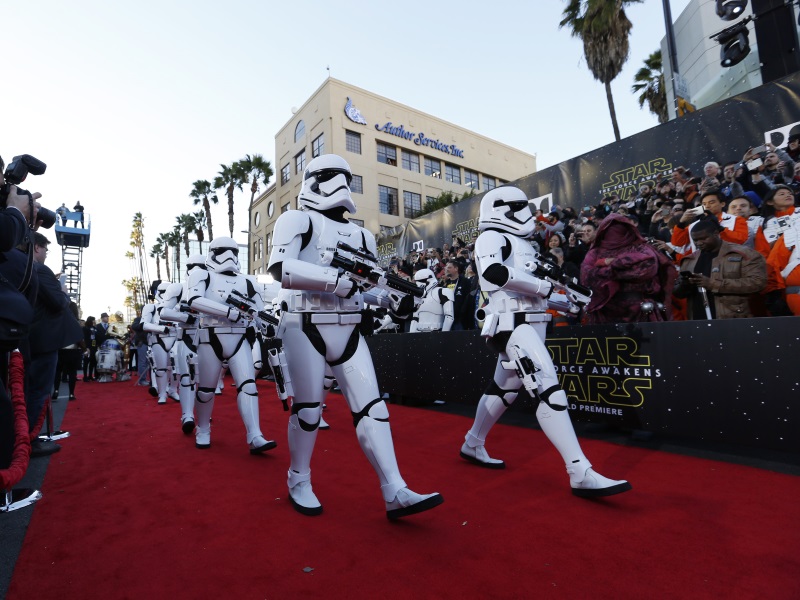 The wait is finally over. The most hyped film of all time, 'Star Wars: The Force Awakens', opens in cinemas in France, South Africa and several other countries Wednesday, a decade after the last episode of the space saga.

After months of teasing trailers that raised more questions than answers, and a Hollywood premiere Monday from which the celebrity audience emerged smiling but sworn to secrecy, the franchise's millions of fans will finally get to see it for themselves.

More than half a million people have pre-booked tickets in France alone for director J.J. Abrams' two-and-a-half-hour epic, which is reputed to go back to the story's roots.

Box office records are also expected to be tumble across Scandinavia, the Netherlands, South Africa and Morocco, where the film is also opening ahead of its US launch.

They will be taken straight to a multiplex cinema near Charles de Gaulle airport before flying home after it finishes.

Old and new heroes
'The Force Awakens' picks up the intergalactic story of good versus evil 30 years on from 'The Return of the Jedi', the finale of the original trilogy.

The trio of heroes who appeared in the first of the blockbusters in 1977 - the smuggler Han Solo, Princess Leia, the leader of the rebel alliance, and her twin brother Luke Skywalker - are back being played by the same actors that Star Wars first made famous.

While Harrison Ford, 73, went on to become Hollywood royalty, Tinseltown was not so kind to Carrie Fisher, 59, and Mark Hamill, 64.

"The Force Awakens" also brings a host of fresh faces, among them British actors John Boyega and Daisy Ridley, who could be the breakout stars of the new film. 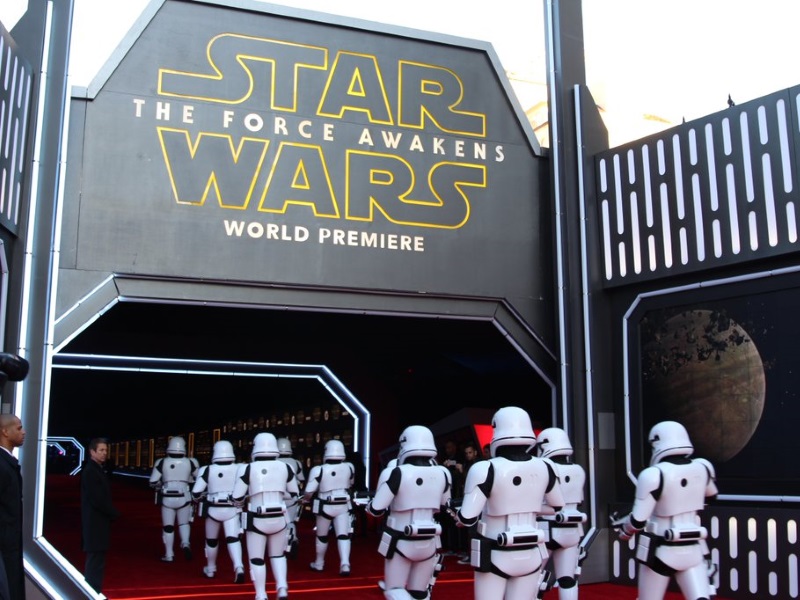 New rolling robot BB-8 is also rumoured to have taken up the mantle of R2-D2 in the original.

Disney - who bought the Star Wars franchise from its creator George Lucas for $4 billion (roughly Rs. 26,746 crores) in 2012 - has gone to extraordinary lengths to keep the plot shrouded in mystery before the general release, which has prompted a backlash against the film's fearsome publicity machine.

The French daily Le Monde boycotted press screenings of the film Tuesday condemning the "unacceptable... and grotesque" demands made by the studio on journalists who wanted to see it.

It also attacked what it claimed was a attempt "by the distributor to control the content of the articles written after the release of the film" by forcing journalists not reveal key elements of the plot.

'Ludicrous secrecy'
"Never in our memory has a film company tried to interfere in the content of articles or in the private conversations of journalists with their friends and family while threatening to pursue them in the courts," the newspaper said in a statement.

Actress Ridley, 23, almost unknown until she was cast as the scavenger Rey in the new film, defended the need to keep the plot under wraps.

"Everyone knows we keep it secret for the right reasons," she said.

"Even the people that really want to know about it, they want to see it in the film."

But other actors in the film expressed their doubts, with Anthony Daniels, who has played the droid C-3PO from the beginning, calling the precautions "ludicrous".

He fell foul of the studio after tweeting about the film.

"I said that I'd met so-and-so. An actor who plays... (in the film). Immediately I received a message from Disney: 'Remove the tweet! You're not allowed to say that!'" he told The Guardian.

"Honestly. It's a kind of Kremlin attitude."

Greg Grunberg, who plays an X-Wing pilot, told Entertainment Weekly such was the security on set that actors only got their lines the morning their scenes were being filmed.

"It was all on red paper so we couldn't copy it or take a picture of it. And then we had to give the script pages back at the end of the day.

"Carrie Fisher and I were talking about it several times, like, 'This is crazy! An actor does not get to prepare on this movie'."

Reviews of the film have also been restricted and can only be published after 8:00am GMT (1:30pm IST), when the first screenings begin in France and elsewhere.