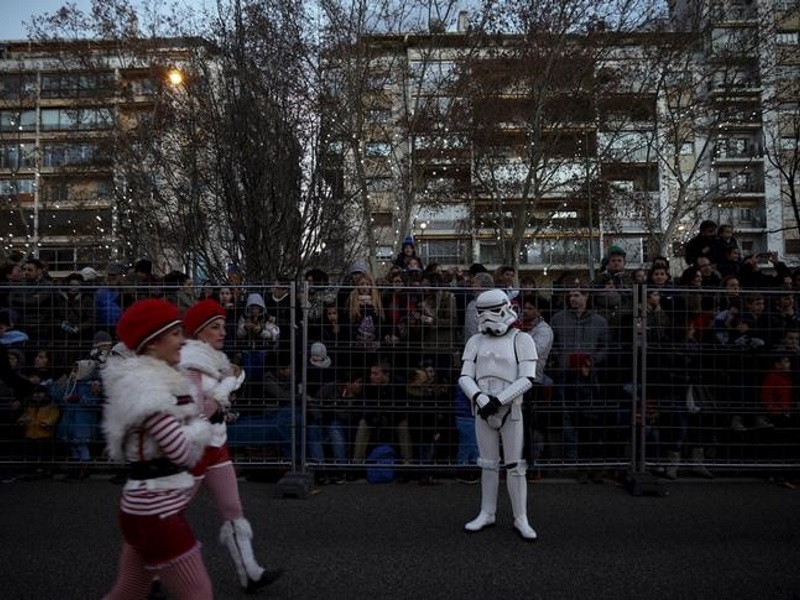 "Star Wars: The Force Awakens" soared past "Avatar" on Wednesday to become the top-grossing movie of all time in North America, the Disney studio announced.

Disney said the seventh film in the "Star Wars" saga had grossed $758.2 million through Tuesday, when it took in $8 million, and surpassed on Wednesday the $760.5 million earned by James Cameron's Oscar-winning futuristic sci-fi epic "Avatar."

"This afternoon, with early box office results in, 'Star Wars: The Force Awakens' became the highest-grossing film of all time in the domestic market," Disney said in a statement, without providing figures.

The company thanked its fans for helping it reach the milestone saying that without them "there is no Star Wars."

"There has indeed been an awakening and it's all thanks to you," it said.

At $1.56 billion in global earnings, "The Force Awakens" still has some work ahead to overtake "Avatar" ($2.79 billion) or another Cameron blockbuster, "Titanic" ($2.19 billion).

But many observers expect the film ultimately to challenge for the top spot.

"'Star' Wars has always been one of the most beloved franchises in all of filmdom...it was just a matter of finally having a deserving sequel to the original trilogy that tipped the scales and topped 'Avatar,'" said Jeff Bock, of industry tracker Exhibitor Relations.

The upcoming release on Saturday in the huge Chinese market of the film directed by J.J. Abrams could help give it a further push to warp speed.

Robert Thompson, a professor of popular culture at Syracuse University in New York, said the hype and marketing surrounding the latest "Star War" had helped ensure its success but so was the fact that it is a good movie.

"Had the film been a disappointment, the numbers after the first weekend would have been a very different story," he told AFP. "My prediction is that Avatar will retain its global crown, but I could certainly be wrong on that."

Disney, which purchased Lucasfilm from "Star Wars" creator George Lucas for $4 billion in 2012, plans two more films in the space saga and a spinoff.

James Cameron is also planning three sequels to "Avatar," which should ensure that the two franchises will continue battling it out for the top spot at the box office.