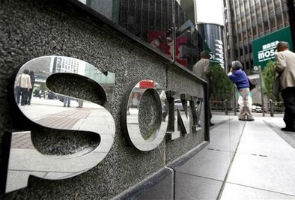 Highlights
Sony Corp will cut 10,000 jobs, or about 6 percent of its global workforce, by as early as the year-end, the Nikkei newspaper reported on Monday, as new CEO Kazuo Hirai comes under pressure to return the Japanese consumer electronics and entertainment company to profit after four years in the red.

Sony, which has forecast a 220 billion yen net loss for the fiscal year just ended, announced last month that Hirai would keep direct charge of Sony's ailing TV business in a reorganisation of the company's business structure.

Hirai, who formally took over as chief executive from Howard Stringer on April 1, is set to brief on the company's business plan on Thursday.

The Nikkei said half the job cuts would come from consolidating the firm's chemicals and small and midsize LCD operations. It said it was not clear how many of the cuts would take place in Japan or overseas.

Sony may also request that its seven executive directors who served through the fiscal year to end-March, including Stringer, who is now chairman, return their bonuses, the Nikkei said without citing its sources.

Shares of Sony turned positive after the report and were up 0.6 percent, compared with a 0.9 percent dip on the benchmark average.