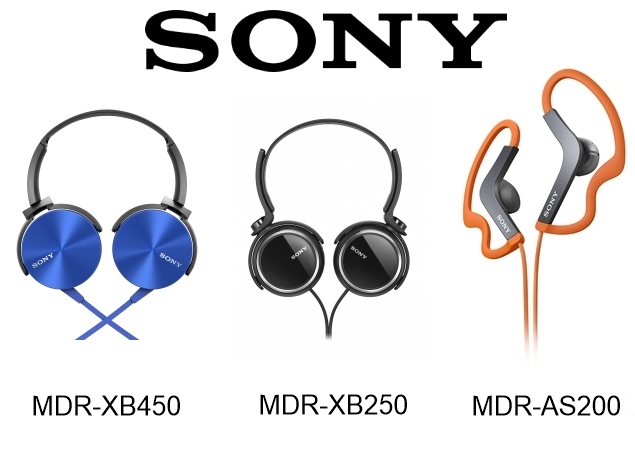 The Sony MDR-XB450 has a 30mm driver with a frequency response of 5Hz-22000Hz. While its predecessor the MDR-XB400 was available in two color options, the new MDR-XB450 will be available in five colors - black, white, red, blue and yellow. The MDR-XB450, made of metal, features a swivel folding style and a flat serrated cord.

The Sony MDR-XB250 also has a 30mm driver, a swivel folding design and a flat serrated cord like its elder sibling, and appears to be nearly identical to the XB450 expect for the metal body.

On the other hand, the Sony MDR-AS200 earphones, built for extreme sporting activities, have an adjustable ear loops and the same flat cord. They have 13.5mm drivers and a water-resistant design.

At the recently concluded press conference at Gamescom, Sony announced that sales of its PlayStation 4 video game console, launched in November, have surpassed 10 million units. In late July, Sony also stated that it saw a $261 million first-quarter net profit thanks to brisk sales of its PlayStation 4 console and a weak Japan Yen, but said it still expects a full-year loss.