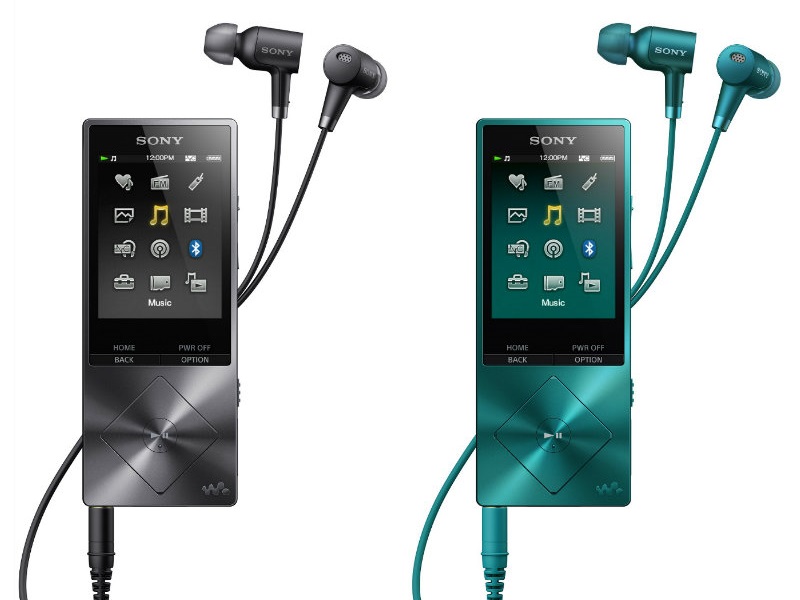 Sony's Walkman name has long since entered iconic status, and continues to be the company's primary branding for its range of portable audio players. Although the original Walkman was a portable audio cassette player, newer Walkman products are digital audio players, and the latest generation of Walkman players support the latest fad of the audio world, high-resolution music.

Exactly one year ago at CES 2015, Sony unveiled the ludicrously priced $1,120 Walkman ZX2. It runs on an outdated version of Android and features 128GB of inbuilt storage with an option to add more using a microSD card. This year, Sony has launched the Walkman A26, which is the successor to the $300 Walkman A17. It looks identical to its predecessor, but comes in six swanky colour options: Grey, Blue, Red, White, Purple, and Lime Green. Digital noise-cancelling earphones are included with the device, and come in matching colours.

The device runs a basic user interface, with physical buttons at the front to navigate and control the device. Bluetooth and NFC are supported, which makes it a bit easier to use the Walkman A26 with portable speakers, home audio systems and wireless headphones. Flac, aiff, wav, alac (Apple Lossless), mp3, and aac formats are all supported, and inbuilt storage is 32GB, with the option to expand by up to 128GB using a microSD card. Battery life is the same as it was on the A17, with a promise of 30 hours when listening to high-resolution formats and 50 hours on compressed formats such as mp3. Pricing has not yet been revealed by Sony.

The company also announced a new range of wireless active noise-cancelling headphones in similarly attractive colour options, as part of its h.ear lineup. The headphones come equipped with DSEE technology, which is said to up-scale mp3 files to sound better than CD-quality.