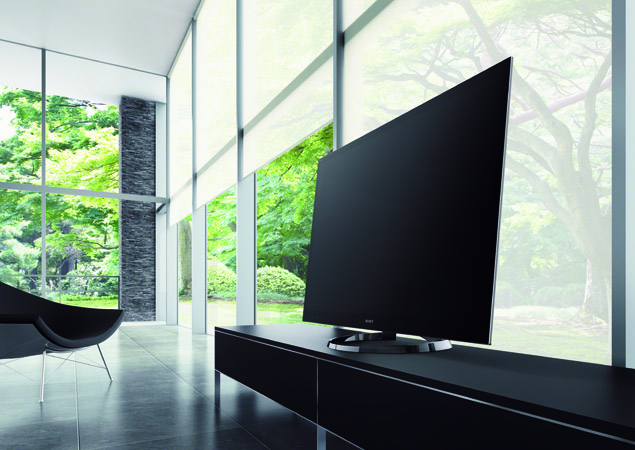 Sony has launched its new HDTV, the HX95 series at IFA 2012, being held at Berlin. This is the same series that Sony had showcased earlier in Japan and now it has been unveiled in Europe. It is expected that Sony HDTV will be showcased at the forthcoming CEDIA 2012 event too, which will be held next week.

In terms of features, the Sony HX95 series comes is a LED TV and has minimalist design. It produces an image quality that's true to life. It has a higher contrast than a conventional LED TV and like most LEDs of today, the series is energy efficient.

The Sony HX95, also comes with Sony's X-Reality PRO, image processor that claims sharper images and adds texture to whatever you are watching.

Just like the Smart TVs of this generation, it comes with built-in Wi-Fi capabilities. There is also a web browser and popular apps such as Twitter, Facebook, YouTube, Skype etc. However, it does not have an app store in place.

"The HX95 brings together our latest innovations, such as a Full LED backlight, to raise the bar in picture performance," says Kentaro Matsumoto, TV Product Manager at Sony Europe, "as people find even more ways to stay entertained, from online videos to on-demand movies, the HX95 offers a deeply immersive picture which really pulls them into the viewing experience."