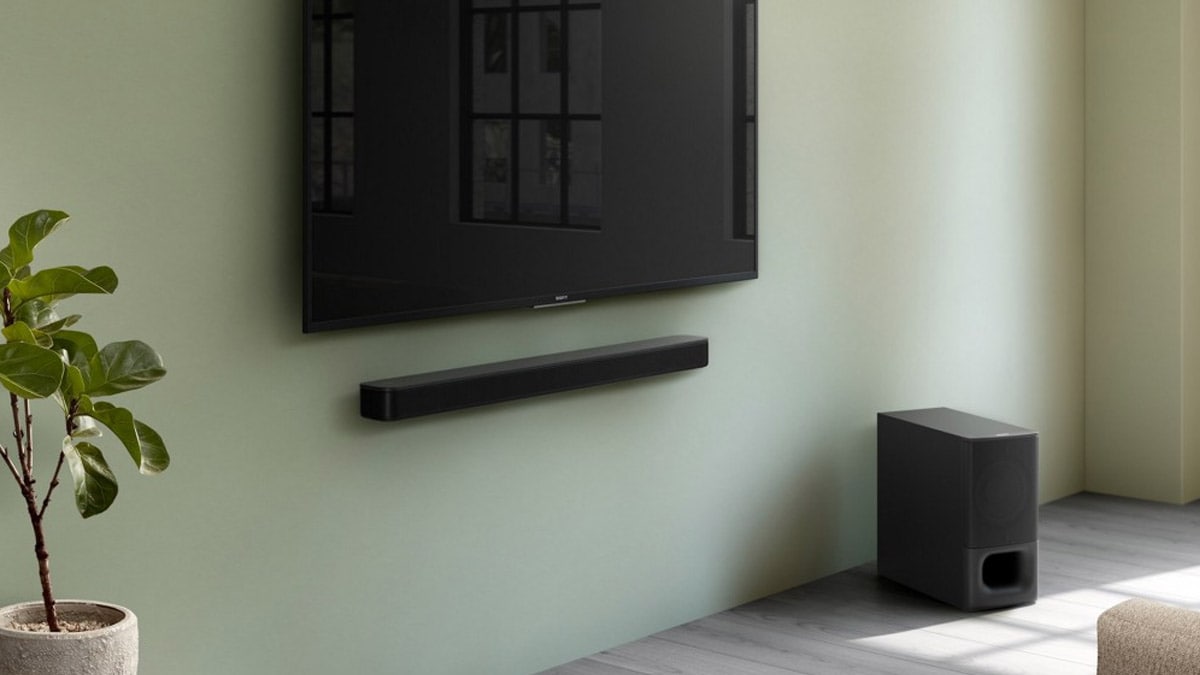 Sony has announced a new soundbar for the Indian market, called the HT-S350. It's a 2.1 channel system, which also includes a wireless subwoofer and supports Sony's surround sound technology such as Vertical Surround Engine and S-Force Pro Front Surround. Sony HT-S350 sports a punched metal finish with a design that matches the Sony Bravia TVs. The HT-S350 is priced at Rs. 17,990 and will be available starting June 10 across all Sony Centre stores and other major retail platforms.

The soundbar itself weighs 2.4kg and features two full-range drivers on either end for the mid and high audio frequencies. The low end or bass is handled by the wireless subwoofer which features a large 6.3-inch driver. The Sony HT-S350 speaker system is capable of delivering a total power output of 320W. The HT-S350 connects to your TV via HDMI ARC or you can connect it to some Sony Bravia TVs over Bluetooth, for a wireless connection. There's also optical input too. The soundbar can also be mounted on the wall if needed. There's also the option of connecting you smartphone to the soundbar over Bluetooth.

The HT-S350 soundbar features Sony's proprietary S-Force Pro Front Surround technology, which is said to offer a sense of surround sound without the need for multiple speakers. As we mentioned earlier, HT-S350's design features a “punched metal” finish for the front panels. The subwoofer ships with a remote control and you get an optical cable in the box. The soundbar also supports various sound mods such as Cinema, Music, Game, News, Sports and Standard. There's also special sound models such as Night Mode, which limits the maximum volume and a voice mode, which amplifies the vocals, which is useful when watching spectator sports which have a running commentary.