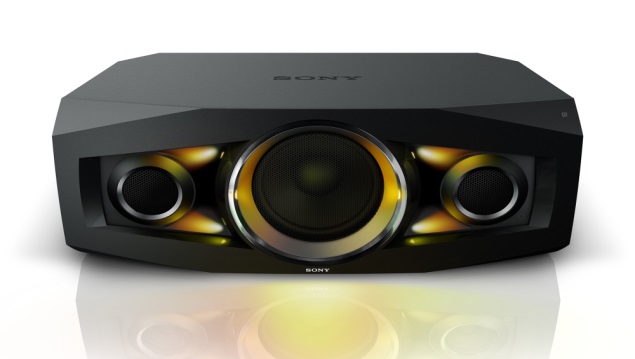 Sony has launched a new wireless speaker in the Indian market, the GTK-N1BT, priced at Rs. 16,990.

The Sony GTK-N1BT wireless speaker supports FM radio and is compatible with devices like Walkman, iPod and iPhone (but over USB only). Some popular formats that the speaker supports are MP3, WAV, WMA and AAC. It comes with dimensions 554x213x280mm and weighs about 8.75 kilograms.

In the meanwhile, the Japanese consumer electronics giant also unveiled its latest flagship smartphone, the Xperia Z1 in India, at Rs. 44,990.

The Sony Xperia Z1 comes with 5-inch full-HD display and is powered by a 2.2GHz quad-core Qualcomm Snapdragon 800 processor alongside 2GB of RAM. The phone runs Android 4.2 Jelly Bean with a 3,000mAh battery underneath. One of the highlights of the Sony Xperia Z1 is its camera, with Sony's own G Lens with 27mm wide angle and f/2.0 aperture. The camera comes with a large 1/2.3-type CMOS 20-megapixel image sensor Exmor RS with BIONZ mobile image processing engine.

Sony also launched its lens-style cameras, the Cyber-shot DSC-QX100 and the DSC-QX10 in India for Rs. 24,990 and Rs. 12,990 respectively. Both the newly launched lenses from Sony will hit the stores In India on Wednesday.

Additionally, the company also launched SmartWatch 2, the successor to its SmartWatch, at a price of Rs. 14,990 in the Indian market. The wearable device would be available in October.