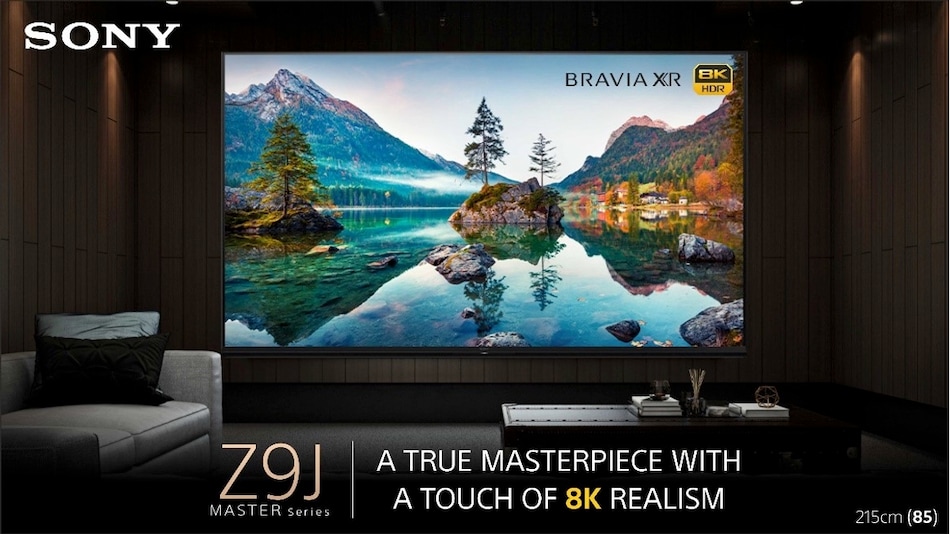 Sony Bravia XR Master Series 85Z9J 8K LED TV has been launched in India, priced at Rs. 12,99,990. The large-screen LED television has a resolution of 7,680x4,320 pixels, runs on Android TV software, and is powered by the Sony XR Cognitive processor, which is said to adapt the viewing experience to the TV's surroundings. The TV, among the most expensive in the company's product range in India, is now on sale in India through Sony retail stores, its online store, major electronics stores, and select e-commerce portals.

The new TV from Sony is among a handful of options with 8K resolution and provides support for next-generation content. Although there is no mainstream 8K content available for viewing in India as of now, Sony 85X9J is worth considering if you're looking to be future ready for the eventual rollout of high-resolution content at 8K resolution. Sony 85X9J TV goes up against 8K options from brands such as Samsung, LG, and Hisense.

The key specification of the Sony 85Z9J TV is the 7,680x4,320-pixel LED screen, with support for HDR up to the Dolby Vision format. Apart from this, the TV runs on Android TV for smart connectivity with Google TV interface, and also supports Google Chromecast and Apple AirPlay. The TV is powered by Sony's XR Cognitive processor, which is also seen on some of the company's other launches this year. The processor claims to adapt the picture to the surroundings for an optimised viewing experience.

The new TV from Sony has a rated output of 85W through a ten-speaker setup comprising of two mid-range drivers, four tweeters, and four subwoofers. Dolby Atmos Audio is supported, and the TV has 16GB of onboard storage for apps and app data, with the Google Play Store for apps. The TV also supports local dimming, with a refresh rate of up to 120Hz at Ultra-HD resolution.