The Shinco TV runs on a custom interface based on Android 9. 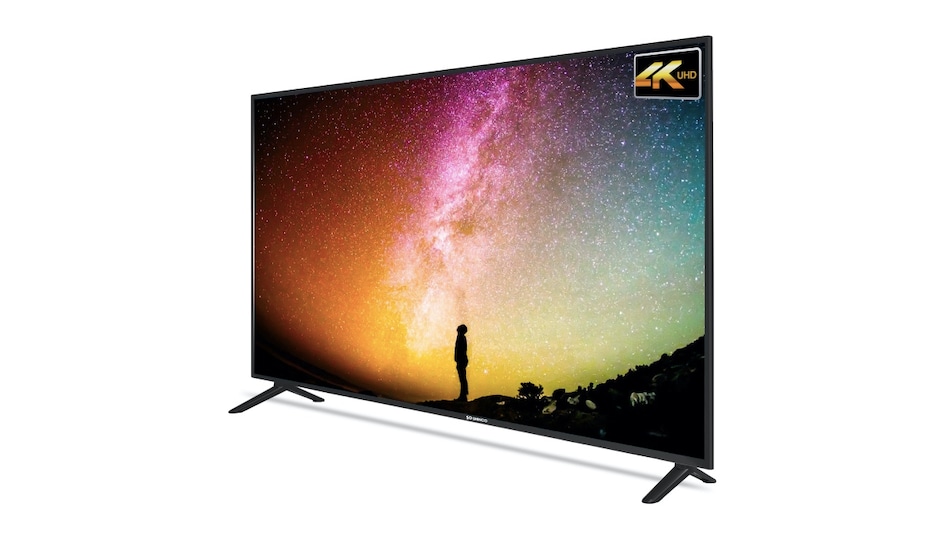 The Shinco S43UQLS has 2GB RAM and 16GB storage

Indian television brand Shinco has launched its latest television, the S43UQLS 43-inch 4K HDR LED Smart TV, for Rs. 20,999. The television is currently available on the company's official website shinco.in, and will also be sold on Amazon in India. The smart television supports a number of apps through a custom interface based on Android 9, and also touts its audio capabilities and connectivity options. This is among the most affordable 4K televisions on the market of this size right now, as most 43-inch televisions at this price have full-HD LED displays.

Apart from the 43-inch Ultra-HD (3840x2160 pixels) HDR-capable display, the Shinco S43UQLS television is a smart TV, running on a custom interface based on Android 9.This isn't official Android TV 9 Pie, but rather a purpose-built interface called Uniwall UI which supports the official versions of a number of popular apps and streaming services. The list of supported apps includes Hotstar, Zee5, Sony Liv, Jio Cinema, and Alt Balaji, to name a few, while Shinco also states that Netflix, Amazon Prime Video, and YouTube will work on the TV.

The Shinco S43UQLS television has 2GB of RAM and 16GB of storage for apps, and is powered by an A55 quad-core processor. There are three HDMI ports, two USB ports, and support for HDR up to the HDR10 format. The television has a rated audio output of 20W from its speakers, and supports dbx-tv audio technology. There is also Bluetooth connectivity to use external wireless speakers or headphones with the Shinco TV.

Noida-based Shinco is hoping to take on strong competition in the budget television segment in India, and at Rs. 20,999 for the S43UQLS, it hopes to win over customers that may have been considering full-HD options. Much of the competition, including brands such as Vu, Xiaomi, and Realme have their 43-inch full-HD options priced at around this amount; Shinco is promising 4K and HDR for the same price.

Shinco's pricing has often been headline-material, with the company announcing a flash sale last year where it was selling a 55-inch 4K LED TV for just Rs. 5,555, albeit in limited quantities. The company hopes to leverage its strong pricing and manufacturing in India to win over buyers in the country.