It isn’t just a concept; Samsung is reportedly ready for mass production by February 2020. 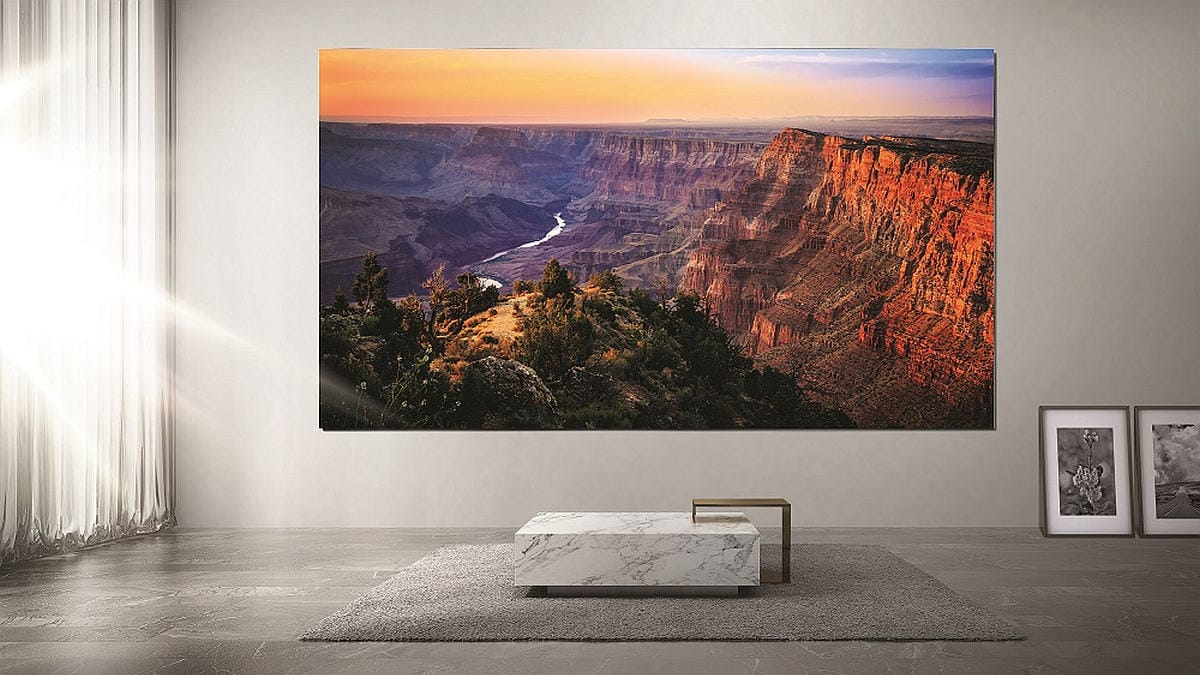 Samsung is closer than anyone else to a truly bezel-less TV, says the report

The report comes via The Elec that cites unnamed sources who claim that the new product is set to be revealed during CES 2020 in Las Vegas. The new technology involves welding the display panel onto the main body of the TV, without relying on a frame - the bezel, so to say - to hold the display panel in place. This would allow the screen to have no borders around, as is currently seen on consumer-grade televisions.

The technology and process will be limited to screen sizes above 65 inches, as per the report. However, there are definite concerns about the structural integrity of such a design, since the display panel could quite easily come apart from the main body and not be held securely in place by the frame. At the same time, Samsung is said to be ready to mass produce the technology as early as February 2020, suggesting that these issues have already been addressed.

Another report by Sammobile reveals that Samsung has filed a trademark application for ‘Zero Bezel', suggesting that the TV will be simply and aptly called the ‘Zero Bezel TV'.

Samsung also recently launched the new Wall series televisions in India, with screen sizes varying from 146 inches to 292 inches on the microLED televisions. The series is priced from Rs 3.5 crores onwards.

PlayStation 5 Will Reportedly Be 30 Percent Less Powerful Than Xbox Series X
Realme to Promote Apps and Commercial Links in ColorOS 6: All Details