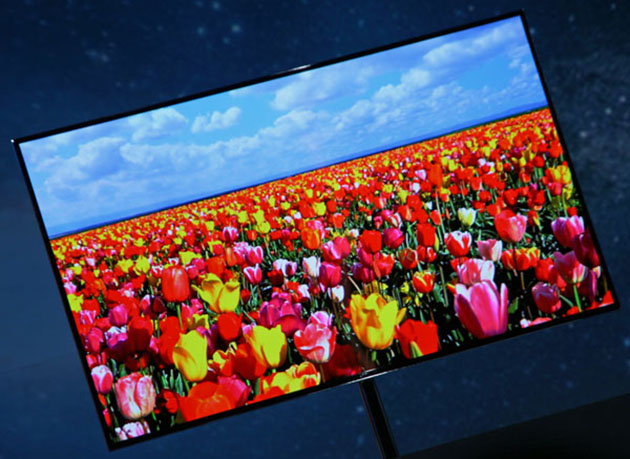 Samsung has announced that is gearing up to launch 85-inch Ultra High Definition TV set at the forthcoming Consumer Electronic Show (CES). CES is the biggest electronics fair in the world, organised every year in January and is attended by most top brands.

CES 2013 will be held from January 8 to January 11, 2013 at Las Vegas. It seems that Ultra High Definition TVs will be in the limelight at next year's CES along with other latest trends.

Apart from Sony, even LG and Toshiba have announced their similar sized Ultra HD TVs.

Samsung's 85-inch monster has already started to create ripples by bagging the award for 'CES Best of Innovation'. However, there is not much information available about this new TV. In terms of specs, Ultra HD TVs usually come with a screen resolution of at least 3840 x 2160 and an aspect ratio of 16:9, which is what Samsung's Ultra HD TV too may sport. Samsung is also claiming that this Ultra HD TV will come with an 'innovative enhanced dimming technology', which will enable it to deliver deeper blacks and purer whites.

At the recently held, IFA trade show, Samsung had showcased a 70-inch 4K TV prototype while other rival firms had their 84-inch TVs on display.

Samsung is expected to showcase home theatre system(s), mobile phone(s), tablet(s) and home appliances along with the TV at the CES 2013.

"Samsung continues to create superior industry-leading products, content and services," said Y.K. Kim, president and CEO, Samsung Electronics America, Inc. "We are honored that CEA and the industry have recognized this commitment, and we look forward to demonstrating our latest product innovations at the 2013 International CES."