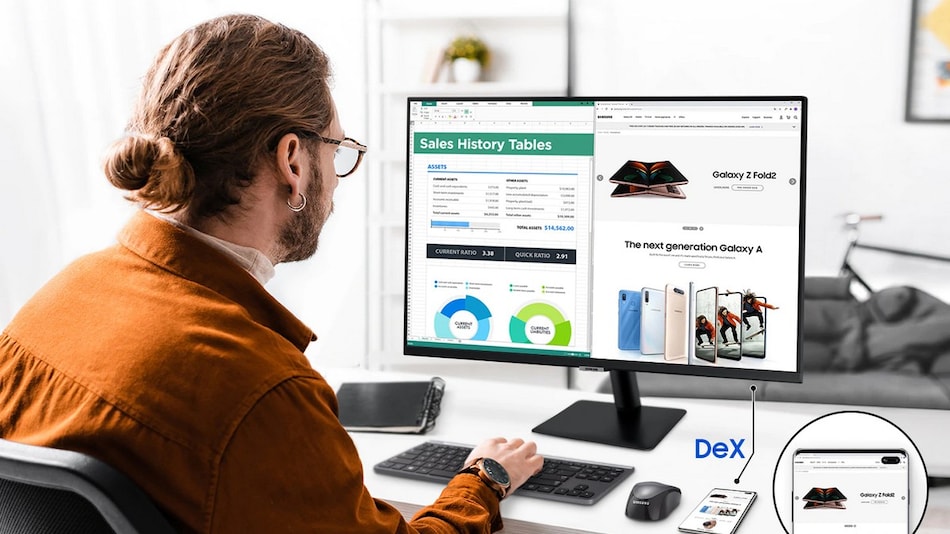 The Samsung Smart Monitor M5 and M7 allow you to watch Netflix, YouTube, Apple TV and other OTT apps without requiring a PC or a laptop connection. Users can also remotely connect the monitors with their office PC and edit documents using Microsoft 365. With Samsung DeX support, compatible Samsung smartphone users can have a desktop-like experience by connecting their phones to the monitors.