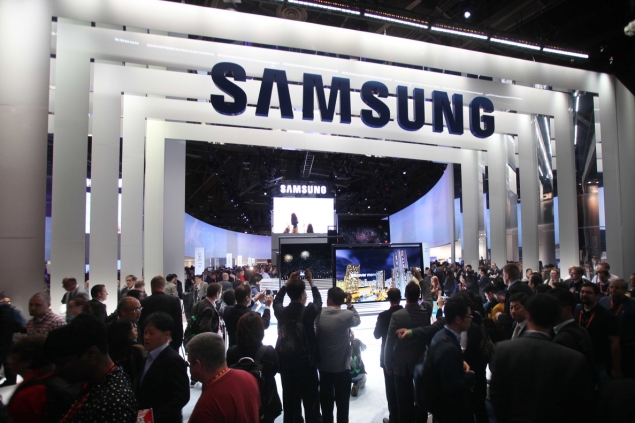 Samsung Electronics Co is set to invest $110 million in Sharp Corp, ensuring it a stable supply of TV panels and bolstering the survival chances of the Japanese maker of Apple Inc iPhone and iPad screens.

Shares in Sharp jumped as much as 19 percent in early trade on the news.

The investment would give Samsung a 3 percent stake in the Japanese LCD pioneer, three sources familiar with matter told Reuters, making it a leading foreign shareholder alongside chipmaker Qualcomm Inc, which in December agreed to invest as much as $120 million.

"Rather than the amount of investment, it is the partnership with Samsung that Sharp gains that is important. Sharp has an opportunity to use the Samsung platform," said Tetsuro Ii, chief executive officer of Commons AM, a Tokyo based investment fund.

A deal would come as Sharp, which received a $4.4 billion bailout from its banks in October, tries to boost LCD plant utilisation, particularly at its Kameyama factory in central Japan.

It has had to slash production of Apple iPad screens at the facility since the start of the year, other sources told Reuters in January, as consumer demand shifts to the iPad mini, for which Sharp is not a supplier.

An agreement would also be a rare cross border deal between the two rival countries and the first time the South Korean TV maker has ever taken a leading stake in a Japanese rival. Japan's big three TV set makers, Sharp, Sony Corp and Panasonic Corp are struggling to overcome losses as Samsung clobbers them in overseas markets.

"We see a possibility that Samsung in return for its investment, may demand more preferential pricing in parts supplies," Deutsche Securities analyst Yasuo Nakane said in a report. A deal would also provide an opportunity for Samsung to partner with or even acquire Sharp's solar panel business, Nakane added.

A Sharp spokesman in Tokyo did not confirm or deny the Samsung investment plan. "This news is not something that has been announced by the company," he said. Samsung also declined to comment.

Japanese media said an announcement would come later in the day.

Bail out
Although modest, cash from Samsung would also provide Sharp with much needed funding as a previous agreement for Hon Hai Precision Industry Co Ltd to buy a stake unravels amid reluctance by Sharp to cede any management control to the Taiwanese company.

Separate sources told last month Reuters the Japanese firm's bank-backed revival plan was unlikely to include a capital infusion from the Hon Hai, which last year bought a one third stake in Sharp's LCD plant in Sakai, western Japan, the world's only 10th generation display factory.

To secure the $4.4 billion in loans from banks including Mizuho Financial Group and Mitsubishi Financial Group, Sharp had to agree to trim its workforce by 10,000 and mortgage its offices and factories in Japan, limiting its ability to sell assets to overseas facilities.

Sharp, which in November said it may not be able to survive on its own, may sell its Chinese TV assembly plant to Lenovo Group and is in talks to sell its Mexico factory to Hon Hai, according to sources.

Junk-rated Sharp also faces high borrowing costs in credit markets, encouraging it instead to seek investment from the Samsung and Qualcomm. Standard & Poor's rates Sharp's debt as B+, a highly speculative grade while Fitch has Sharp lower at B-. Moody's withdrew its rating on Sharp in April.

Qualcomm aims, through its Pixtronix subsidiary, to work with Sharp to develop new power-saving screens based on Japanese company's IGZO technology.

Qualcomm made an initial investment of half the promised amount at the end of the year in a private placement of stock, giving the U.S. company a 2.64 percent stake after dilution. Payment of the remainder is conditional on Sharp returning to profit in the six months ending March 31.