Samsung’s 2019 QLED TV Lineup Will Come With Ambient Mode That Will Display Art, Other Information 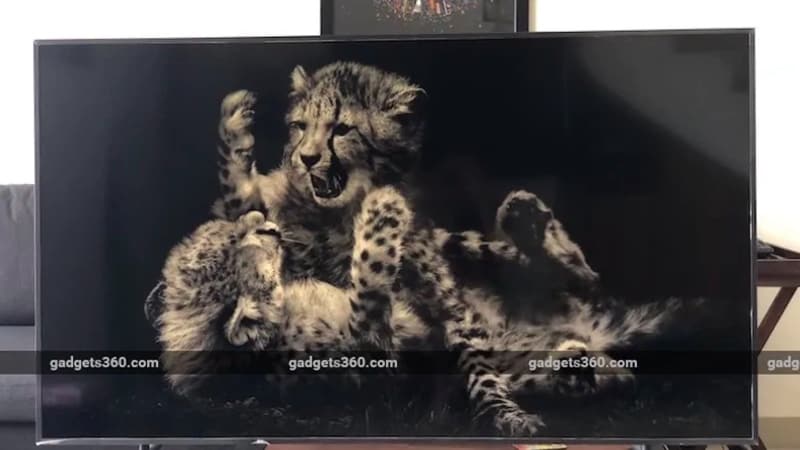 The function was first seen on The Frame TV from Samsung

The idea of an ‘ambient mode' exists on smartphone screens already, and the concept lends itself well to the product. However, ambient mode on TVs isn't quite as widespread an idea, apart from products such as The Frame TV from Samsung. The TV has an ambient mode that displays art, photographs and other information even when the TV isn't in use, doubling up as a large frame. Samsung has now announced that it will be introducing similar features for its entire 2019 QLED TV lineup.

Just like on the Samsung The Frame TV, the 2019 lineup from Samsung will now fear an ambient mode, which keeps the screen active even after it has been switched off. According to a press release by Samsung, the feature will allow 2019 QLED TVs to display content such as news headlines, weather updates, photos, music, and art even when the TV isn't in use.

The new mode is available now for all compatible TVs in the range, and Samsung has collaborated with artists and art curators to offer a collection of images and artwork for the initial rollout. These include Tali Lennox as well as Scholten & Baijings, and artwork from these sources will be available on the TVs in ambient mode.

While this new feature for the current lineup adds to the functionality, the TVs are of course part of a range that has been praised for performance with its primary functionalities as a smart TV. At CES this year, the company unveiled its flagship 98-inch 8K QLED TV, along with other smaller-sized and more realistically affordable options.