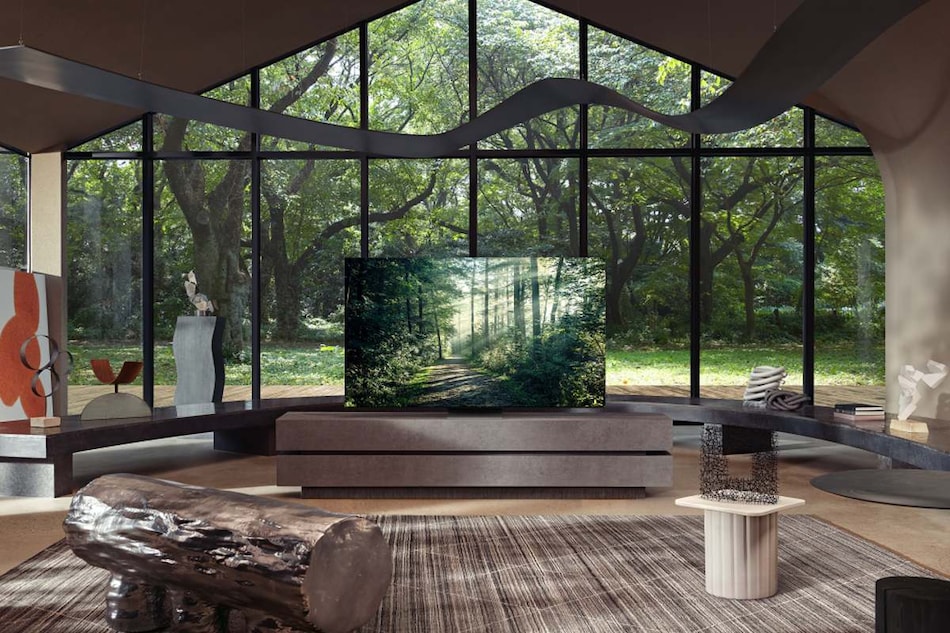 Samsung Neo QLED TV lineup has been launched in India. The new range of smart TVs by the South Korean company comes with all-new display panels that are backed by Quantum Mini-LED light source and Neo Quantum Processors. Samsung Neo QLED TVs also come in 8K and 4K variants as well as have five different sizes, starting from 50-inch to 85-inch. The Neo QLED TV lineup was initially unveiled by Samsung at its pre-CES 2021 virtual event earlier this year.

The new models in the Neo QLED TV range will be available through Amazon, Flipkart, Samsung India online store, and all leading consumer electronic stores in the country.

In terms of launch offers, customers pre-booking select Neo QLED TVs will be entitled to receive complimentary Samsung Galaxy Tab S7+, Galaxy Tab S6 Lite LTE, cashback of up to Rs. 20,000, and EMIs starting from Rs. 1,990. These offers will be available through the Samsung India online store between April 15–18. However, the same offers will also be available through Flipkart, Amazon, and various retail stores from April 19. The TV range will be available for purchase in India starting May 1.

Samsung unveiled the Neo QLED TVs at its pre-CES 2021 conference in January and announced their global debut in March.

Samsung Neo QLED TV comes in five different sizes — 85-inch, 75-inch, 65-inch, 55-inch, and 50-inch. These have 8K and 4K versions. However, irrespective of the screen size and resolution, all the TVs under the Neo QLED TV lineup have Quantum Mini LEDs as the backlighting source. These LEDs are 40 times smaller than regular LEDs, that allows the display to produce fine light and contrast levels, the company said. The Neo QLED TV lineup also has Quantum Matrix technology that is claimed to offer balanced lighting.

Samsung has provided its proprietary Neo Quantum Processor to power the Neo QLED TVs. The processing chip comes with upscaling capabilities and is claimed to optimise picture quality to 4K and 8K output regardless of input quality. The new TV lineup also has a Motion Xcelerator Turbo+ feature that allows users to play PC and console games with a Super Ultra-Wide Game View and a dedicated Game Bar. There is also an Auto Low Latency Mode to reduce the lag and remove tearing and stuttering experiences.

In addition to gaming-focussed features, the Neo QLED TV lineup has features such as Object Tracking Sound Pro and SpaceFit Sound to deliver a room-filled audio experience.

The Neo QLED 8K TVs in the lineup come with an Infinity One Design that brings a nearly bezel-less screen for immersive viewing. The 8K models are also attachable to the company's Slim One Connect box that works as a unified cable management system.

Customers purchasing Samsung Neo QLED 4K TVs will receive a two-year warranty on the panels and a 10-year no screen burn-in warranty. The Neo QLED 8K TV models, on the other hand, will get just the two-year panel warranty.

Motorola Teases Launch of Two ‘G Series’ Phones in India: Here’s What to Expect
Clubhouse Android App Could Be Released as Soon as May 2021