Madhav had earlier teased a Q2 2020 launch for Realme’s smart TVs in India. 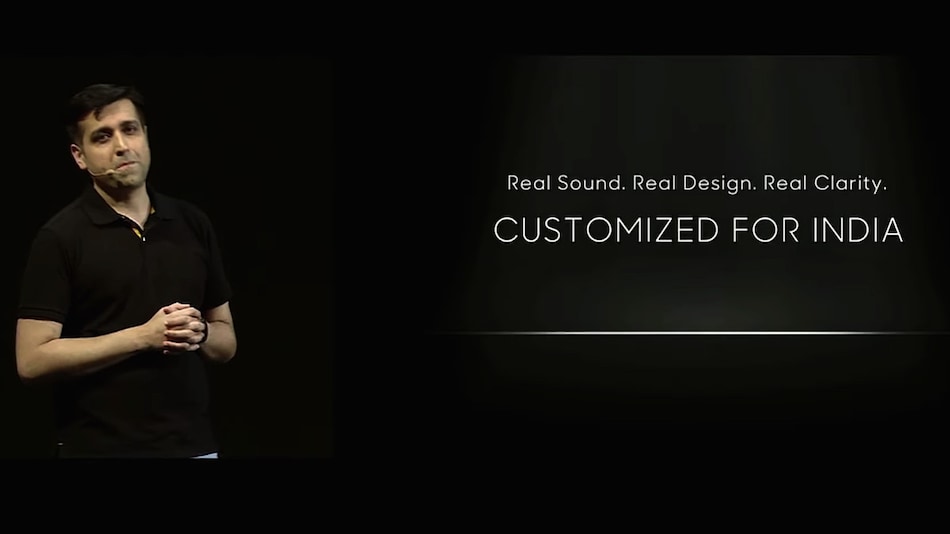 Realme was originally tipped to launch its smart TVs at MWC 2020.

Realme today lifted the covers from the Realme 6 series and has also launched the highly anticipated Realme Band. But there was another announcement made on-stage that apparently flew under the radar –Realme smart TVs. Realme Mobiles CEO, Madhav Sheth, announced at the online-only event earlier today that the company will soon launch what he calls 'Realme TVs' in India. Sheth did not mention a specific launch date, but he did make it clear that multiple Realme TV models are in the pipeline for Indian consumers.

Early during the presentation, Sheth again outlined the company's plans to diversify Realme's product portfolio and venture into the wearable as well as smart home category. The latter class will include smart speakers, sound bars, smart home appliances, and of course, smart TVs. The Realme India executive mentioned that Realme's smart TVs will launch first in India, and teased that they will arrive soon.

Earlier this year, Sheth revealed in a video interview that Realme smart TVs will be launched in 2020's second quarter in India. The company was originally tipped to showcase its smart TV lineup at MWC 2020, but those plans went awry due to the mega trade show's cancellation over coronavirus concerns. Not much is known about the Realme smart TVs' specifications or features so far, but we expect more teasers to drop soon.

However, Sheth highlighted that the company will focus on providing optimal sound quality, visual clarity and a good design with its smart TV portfolio. The company will share more plans about its connected AIoT products and ventures via the official Realme Link (@LinkRealme) Twitter handle. Users will be able to control the Realme smart TVs via the freshly-released Realme Link hub app. It appears that after smartphones, Realme is taking the fight to Xiaomi in the wearable and smart TV segment as well, with more to follow soon.