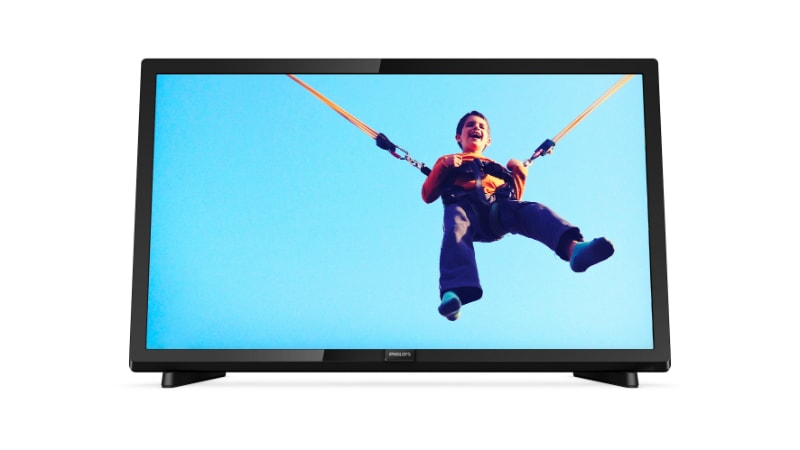 TPV Technology, the official brand licence partner of Philips Television and Audio business in India, has launched seven models of smart and LED TVs. The new range of Philips TVs covers screen sizes from 22- to 65-inch. There are also smart TV models that run Philips' Saphi operating system. Further, there are variants featuring Ambilight technology and come with HDR Plus. The top-of-the-line models in the Philips TV family sport OLED+ TVs. The range starts at Rs. 9,990 and will go on sale in the country through online and offline channels by mid-December.

Among other models, the new Philips TV range has the 65-inch 65PUT6703S/94 as the largest model. It features 3-sided Ambilight technology, which uses LED lights from the back of the television to deliver a perfectly tuned ambient lighting. There is also a dedicated 'Ambilight music mode' that syncs with the music to offer a virtual sound and light show experience. The TV also has an indirect light mode to turn the panel into a mood-setting lamp.

In addition to the flagship model, the Philips TV range has smart TV models under the 5800, 6100, and 6700 series that run Saphi operating system. The entire Philips TV range also features Pixel Precise HD image processing engine that is claimed to optimise picture quality to deliver crisp images with high contrast. The 6100 and 6700 series models in the new family additionally have HDR Plus to enhance image results. There is a 'Micro Dimming' software that as per the company claim analyses the picture in 6,400 different zones and adjust it accordingly. Furthermore, the Philips TVs have DTS HD support to optimise sound processing.

"Followed by the new range of LED TVs, we also plan to launch our global flagship TV models including the OLED+ TVs and Ambilight 6700 Series in more screen sizes in the future," said Arun Menon, Country Business Head, Philips Branded Television and Audio, TPV Technology India, in a press statement. "India has been identified as a focus market for Philips TVs. There is a strategic plan to regain market share in India by growing our existing, strong sales and distribution network in audio that will cater to televisions also. We will realign and expand our service network to ensure best in class service experience for the Indian consumer."