Philips' decision to give up consumer electronics is helping it thrive: Report 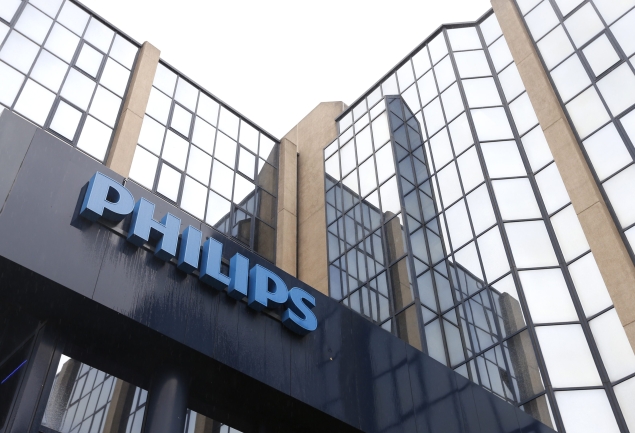 Back in 1978 in a boardroom near Lake Geneva, a bunch of nervous Philips inventors demonstrated a device that was to revolutionise the entertainment industry for the next three decades.

Called the "Pinkeltje" after a small Dutch gnome in a children's story, the device performed flawlessly and so the world's first Compact Disc (CD) player was born.

Thirty-five years later the Netherlands' Philips, once one of Europe's best-known brands for radios and televisions, is ditching the consumer electronics business that used to be its bread and butter, and is thriving.

The Philips story is a business case of how a leading global industrial group, with leading technology, went through several rocky years of restructuring, and found a successful strategy to re-invent itself in time.

Now the company is reaping the rewards of emerging from the restructuring cycle.

In January, Philips announced the sale of its lifestyle entertainment branch, which makes stereos and DVD players, after selling its troubled TV-making arm in 2012.

In February, Philips said it intended to drop the word "Electronics" from its name to indicate its shift in strategy.

Faced with dwindling margins and fierce competition from Asia, the manufacturer born in southern Dutch city Eindhoven is refocusing on high-end health care, space-age lighting and the global explosion of a middle class interested in healthy living.

This example of transformational strategy is working, analysts say. Profits are strong despite the recent financial and eurozone debt crises, and in a high-stakes roller-coaster climate for high-tech companies which has claimed high-flyers such as Nokia of Finland and BlackBerry of Canada.

The latest results were even driven by sales of household appliances in the emerging markets from whence came much of the new competition which threatened Philips.

Marc Schauten, assistant finance professor at the Erasmus School of Economics in Rotterdam, said the company is doing well because "they made the shift into areas where they really have a competitive advantage."

"Combined with the fact that they involve their clients (in development) and the reliability of their products they really have the cutting edge," he told AFP.

At Theodoor Gilissen bank in Amsterdam, senior analyst Tom Muller said: "It was a tough choice for Philips to exit consumer electronics."

He added: "This segment was one of its old pillars." But competition had become "murderous, with all kinds of Asian producers on the market," he told AFP.

Even Asian giants such as Japan's Sony, Panasonic and Sharp have been undergoing major restructuring to keep up in the low-margin television business.

Over the last two years Philips "has taken decisive steps to move away from low-growth, low-value businesses," the company's chief executive Frans van Houten said in London in September.

Putting the world of science fiction in surgeon's hands
The company is now focused on three segments: healthcare, lighting and consumer well-being.

Nowhere is the shift in Philips more visible than in its healthcare division, which now accounts for about 43 percent of investments.

Philips has seen a steady rise in full-year figures for its healthcare solutions, from 6.6 billion euros in sales in 2007 to a staggering 9.9 billion euros last year.

From innovative operating theatres to remotely-monitored Intensive Care Units, Philips has clinched a series of mega-deals with hospitals around the world to provide medical equipment.

Analysts draw another lesson from the case: Philips is constantly collaborating with smaller innovative companies, such as Israel's RealView Imaging to develop 3D holographic projections for surgeons.

The system was used for the first time last month, bringing the world of sci-fi films into the reality of saving lives.

Another lesson, in Philip's case, is to build on positions which have strong potential.

Philips shipped its first lightbulb shortly after being founded in 1891 and the company today pins its hopes on innovative lighting ideas such as light-emitting diode (LED).

As eco-friendly LED technology becomes more popular, lighting everything from hospital operating theatres to headlights on the latest cars, Philips expects to benefit: it owns most of the world's LED patents, thanks to years of research and development.

"We see a world with a growing middle class," CEO Van Houten said in his London presentation.

Philips has been forced to make tough choices, but people such as Hans Mons, one of the original demonstrators of the "Pinkeltje" in 1978, is philosophical about the decision to drop consumer electronics.

"Of course I'm nostalgic, but technology simply evolves, the whole world is changing. You have to change with it to stay in the competition," he said.