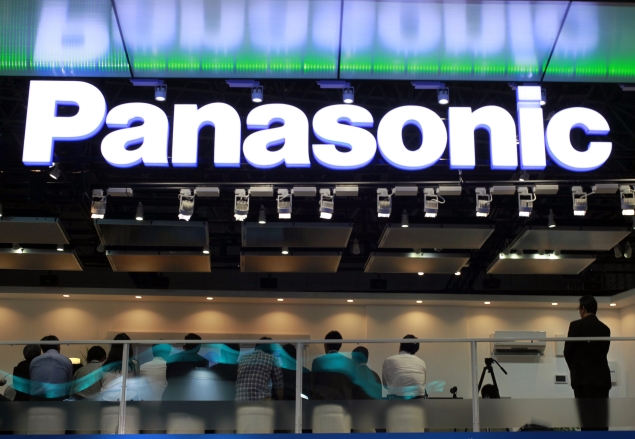 Panasonic's president said Thursday the company will persist with trying to fix its money-losing TV business, characterizing an exit from the fiercely competitive industry as a "final resort."

Panasonic also said Fumio Ohtsubo will step down as chairman in June ahead of schedule to take responsibility for the company's string of dismal financial results.

Company president Kazuhiro Tsuga promised to improve profitability over the next two years as he announced a business plan and strategy for the fiscal year that begins next month.

That's close to the record red ink it reported for the previous fiscal year of 772 billion yen, which was among the biggest losses in Japan Inc. history.

When asked about his decision to stick with TVs, Tsuga said the company will first try to stop the flow of red ink.

"To get out would be the final resort," he told reporters at the company's Tokyo office. "That possibility is not zero."

Japanese media reported last week that Panasonic may pull the plug on its plasma TV operations as part of a bigger plan to downsize its TV business.

The last few years have been tough for TV manufacturers and particularly those in Japan as the European debt crisis and a slow turnaround in the U.S. economy sapped demand for consumer electronics. The notable exceptions were smartphones and tablet computers. Japanese makers were also squeezed by competition from South Korean and Chinese manufacturers.

Tsuga said Panasonic has ambitions to grow its relatively newer auto and housing businesses and aims for both to be 2 trillion yen ($21.3 billion) businesses by 2018.

Panasonic expects to spend 250 billion yen ($2.7 billion) on restructuring over the next two fiscal years.

Like other Japanese manufacturers, Panasonic has been struggling because of the March 2011 tsunami disaster, weak global demand and until recently, a strengthening yen.

It has been slammed in consumer electronics by flashier, often more cost-effective, rivals such as Apple Inc. and Samsung Electronics Co.

Panasonic, Sony Corp.'s longtime archrival in Japan, has been shifting its focus from consumer electronics to operations that cater to other businesses such as batteries and solar panels.

One plus for Japanese exporters such as Panasonic is the yen's decline, a reversal from the trend of recent years. A weak yen boosts the value of overseas earnings.

The maker of Viera TVs and Lumix cameras gained 3 billion yen ($32 million) in operating profit for the October-December period from a favorable exchange rate.

Still, Tsuga said he was not counting on the exchange rate because some parts of Panasonic's sprawling and complex empire will be hurt by a weak yen.