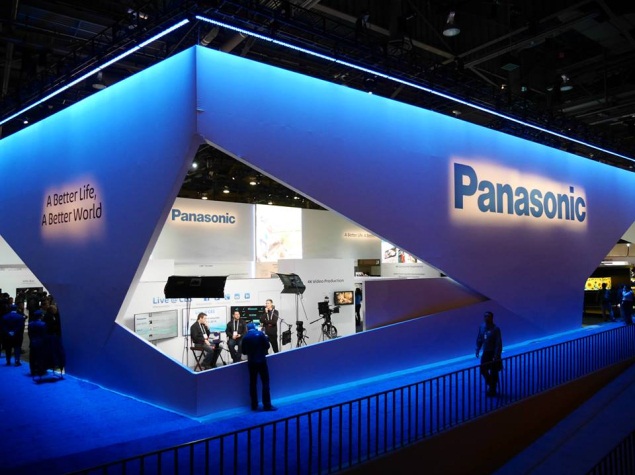 The division's bottom line grew 35 percent from the same period last year "due mainly to rationalisation in materials, fixed-cost reductions and the positive impact of exchange rate fluctuation", the company said in a statement.

It has also agreed on a capital and business alliance with Spain's Ficosa International to jointly produce electronic mirror systems, taking a 49 percent stake in the firm last month.

A weaker yen has made Japanese exporters relatively more competitive overseas and inflated the value of repatriated overseas profits.

Last business year was a standout for Panasonic, posting a near 50 percent jump in profit while rivals Sony and Sharp continued to struggle.

The firms have been working to move past years of gaping deficits, partly caused by steep losses in television units hammered by competition from lower-cost rivals particularly in South Korea and Taiwan.

The trio have launched huge restructuring plans with Panasonic emerging as the leader as it focuses less on consumer products and more on goods sold to other businesses.

Panasonic is pulling the plug on its last remaining TV manufacturing factory in China owing to the sharp decline in prices.

It has also signed a deal with US electric carmaker Tesla to build a huge battery-making plant in the United States.

The company said it will pour more cash to boost solar cells production in Japan, aiming to meet growing demand in the global clean energy market.

"Panasonic continues to benefit from strong performance in its housing and auto parts sectors on the back of the nation's economic recovery. The depreciation of the yen has also helped improve its earnings."

Sony and Sharp report their earnings later this week.

Five Things to Know About Artificial Intelligence, and Its Use
Microsoft Working on Streaming Windows 10 PC Games to Xbox One