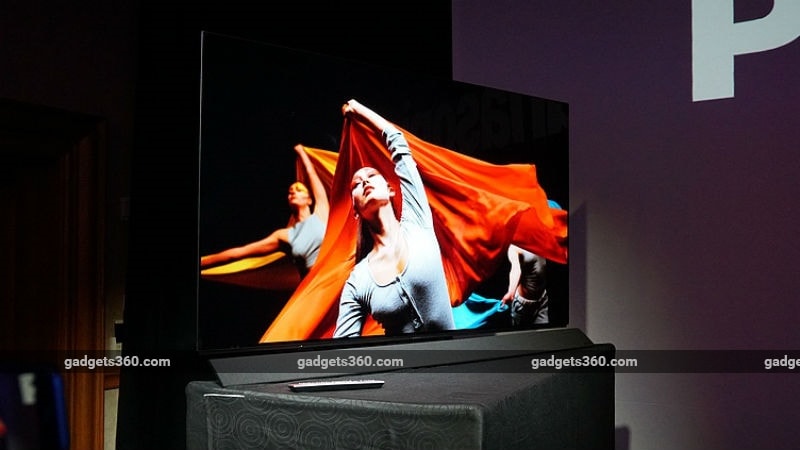 Panasonic has kicked-off its CES 2018 presence by bringing two new 4K OLED TV offerings that are HDR-compatible and come with the company's HCX processor. Dubbed the Panasonic FZ800 and FZ950, the new 4K OLED TV models are inspired by last year's EZ1002 flagship but are designed with some notable advancements to deliver an upgraded experience. Additionally, the Japanese company has provided support for the HDR10+ standard that is also supported by Samsung, countering the other widely accepted standard, Dolby Vision.

The Panasonic FZ800 and FZ950 come in 55-inch and 65-inch screen sizes, respectively. The presence of HCX processor on both the TV models enables the advanced Dynamic LUT (Lookup Table) feature. The feature dynamically transforms the on-screen content to match the colours and brightness levels preset by the content creator. Further, the support for the HDR+ standard enables the TV sets to be a compelling choice for watching Hollywood titles. The company has also provided a black filter to reduce reflections.

Between the Panasonic FZ800 and FZ950 models, the latter has a Dynamic Blade Speaker that has a 20W tweeter, a 20W midrange driver, and a 40W woofer to produce as high as 80W of output.

Details about the price and availability of the Panasonic FZ800 and FZ950 are yet to emerge.

Alongside Panasonic, companies including LG, Samsung, and Sony have brought their new OLED TVs at CES this year. LG and Samsung even showcased their 8K panels that would blow the market of 4K TVs in the near future. Moreover, there is also a rollable OLED display panel by LG that take the current developments in the TV market to new levels.