Oppo recently launched multiple products including a smart band and a pair of true wireless earphones. 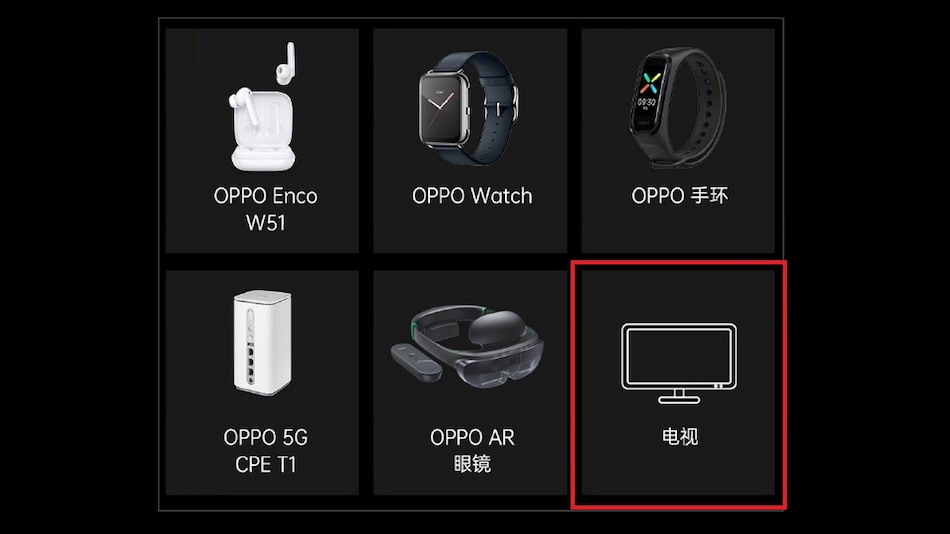 Oppo TV has been listed among recently launched products

Oppo has been reportedly planning on entering the smart TV space for some time and now, the company has confirmed its plans of doing so through a post on Chinese social media website Weibo. Celebrating its first anniversary of commercialising 5G in China, the company shared an image that contains a list of different products, including a TV. The image does not reveal any information on the smart TV, but it does confirm its existence, or at least the fact that it is in the company's pipeline.

The image shared by Oppo on Weibo is a long list of products along with their release dates. At the bottom of the long image, there is an outline of a TV and some text that also translates to ‘TV'. Back in March, it was reported that Oppo Vice President Liu Bo himself shared that the company is planning on entering the smart TV space and that it will launch its first smart TV in the second half of this year. However, no details about the smart TV were shared, just like with the latest Weibo post by the company.

Notably, the TV is placed among the recently launched products by Oppo, including the Oppo Enco W51 true wireless earphones, the Oppo Band, and others. This suggests that the TV may also be unveiled soon, however, the company has not shared any information on its availability.

When Oppo does launch its first smart TV, it will be up against other smartphone manufacturers that have already entered the smart TV space. Realme recently launched its 32-inch and 43-inch TV models in India that are priced at Rs. 12,999 and Rs. 21,999 respectively. OnePlus, another relatively new player in the TV space, also plans on unveiling two new series of smart TVs for the budget segment. It will hold an event on July 2 for the same.