Oppo smart TV is said to come in a 55-inch and a 65-inch screen size. It may also have different models for different regions. 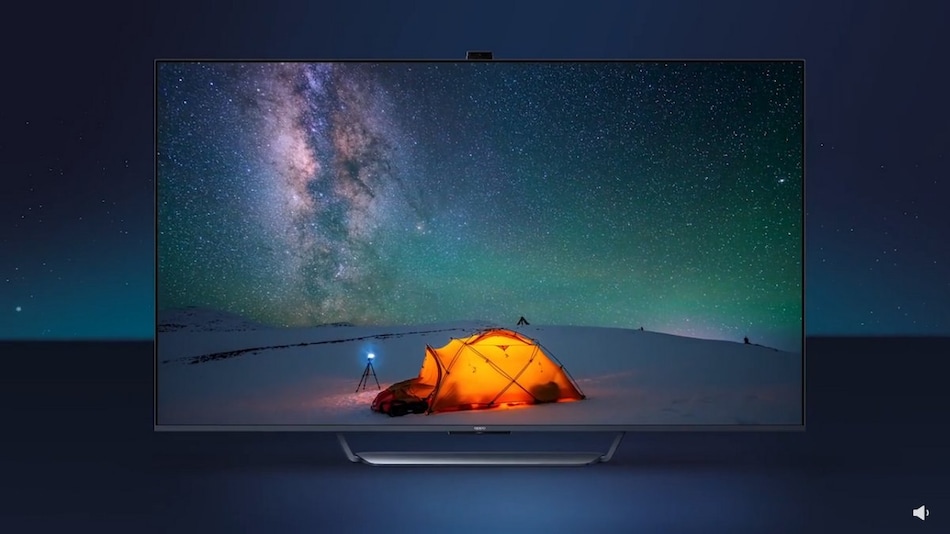 Oppo smart TV has a camera module on the top

Oppo smart TV will be launched next month, and the company has shown off the design as well as teased the resolution and refresh rate. According to a video shared by Oppo on Chinese micro-blogging website Weibo, the upcoming TV will feature 4K resolution with support for 120Hz refresh rate. The video also gives a first look at the Oppo smart TV with its bezel less design and pop-up camera module. Additionally, a known tipster has provided some of the specifications for the TV.

Oppo took to Weibo to share a video showing footage from 8KRaw running at 4K 120fps on the Oppo smart TV. The video also shows the design of the Oppo smart TV with its narrow bezels, central stand, and a camera on top. This camera module is rumoured to have a pop-up design, as per known tipster Digital Chat Station (translated).

The tipster shared on Twitter that the Oppo smart TV will have a lifting camera solution and come in 55-inch and 65-inch screen sizes. It will have a quantum dot display with 4K resolution and 120Hz refresh rate. The tipster adds that the company has seemingly worked with a top Danish audio brand to tune the sound. This could be Bang & Olufsen as Oppo has worked with the company before. Lastly, the tipster claims that the Oppo smart TV, or at least one variant of it, will be quite affordable.

There have been reports of Oppo working on a smart TV since December last year and finally in June this year, the company confirmed that a TV is part of its lineup. Last week, it confirmed during Oppo Developer Conference (ODC) 2020 that the TV will be launched in October, however, an exact date has not been shared.

Earlier this month, 55-inch and 65-inch models of the Oppo smart TV were spotted on 3C certification website with 10 models for each screen size. Presumably these were the different models for different regions. Its remote was also spotted on Bluetooth SIG website with model number RC-001D.

Google Chromecast With Google TV Available to Buy in the US Before Official Launch, Features and New Interface Revealed
PS5 Games to Be Priced Up to Rs. 4,999 on PlayStation Store