You can also now pair Bluetooth headphones with the OnePlus TV. 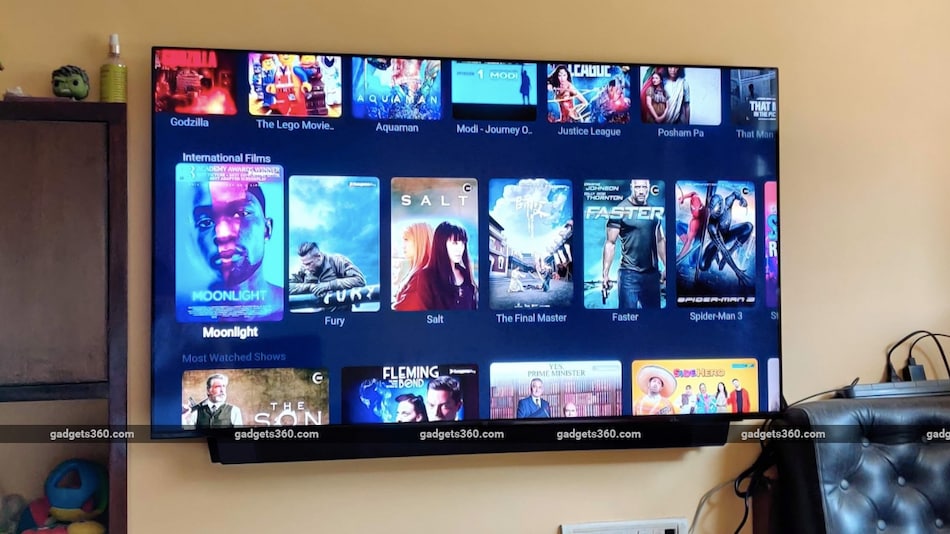 OnePlus launched its first TV in September last year, appropriately and simply called the OnePlus TV. The product range was launched with two variants, the Q1 and Q1 Pro, priced at Rs. 69,999 and Rs. 99,999 respectively. However, various reviews around the launch panned some aspects of the TV, including the software, which felt rushed and incomplete. OnePlus has since released software updates that have improved the user experience for the OnePlus TV, including the latest one that will start rolling out today.

The latest OnePlus TV software update brings various new features, the most notable of which is an expanded list of content partners for OxygenPlay, the content platform built into the Android TV software of the television as a launcher. New additions to OxygenPlay include MX Player, Voot, ShemarooMe, AltBalaji, JioSaavn, and Spotify. Content from all of these platforms will be accessible through the OxygenPlay interface post the update, but users will still need to sign into their subscriptions for some of these content providers.

There are a few other key changes and new features coming with the update. These include the ability to connect Bluetooth headphones to the OnePlus TV, the ability to use a OnePlus smartphone as a hotspot for the TV using the OnePlus Connect app, various picture quality optimisations, and the ability to use the Prime Video button on the remote to power on and off the TV, among others. The software update is rolling out for both the Q1 and Q1 Pro (Review) models of the OnePlus TV.

Over time, OnePlus has gradually improved its first television through periodic software updates that have improved the overall user experience. An early update that came barely a week after the launch of the OnePlus TV fixed some of its initial problems, while a more substantial update in December finally brought official support for Netflix to the TV.