Nokia Smart TV 43-inch model will go on sale on Flipkart, and it will pack JBL Audio and Dolby Vision support. 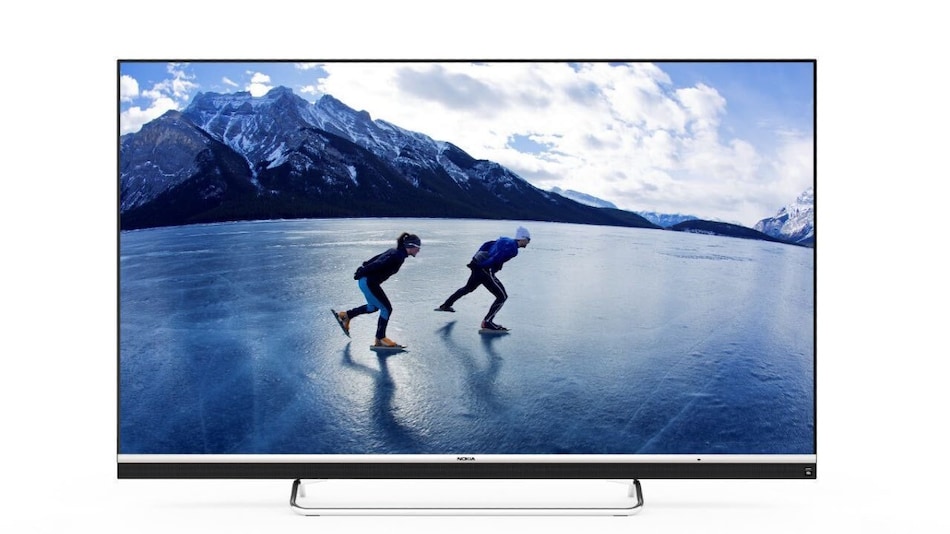 Nokia Smart TV with a 43-inch screen is all set to launch in India on June 4. The new 43-inch model will go on sale via Flipkart, and the e-retailer has also revealed the approximate range it should be priced at. The 43-inch variant will sit alongside the Nokia Smart TV 55-inch model that was launched in India in December last year. The Nokia website has been teasing the arrival of the 43-inch variant since March, and it may have been delayed due to the coronavirus lockdown. To remind you, Flipkart makes the Nokia-branded TVs as a part of a licensing arrangement.

The Nokia Smart TV 43-inch will run on Android 9.0 operating system, and it should most likely offer the same experience as the 55-inch variant. Design-wise, the Nokia Smart TV 43-inch model looks identical to the 55-inch model with slim bezels and the same V-shaped stand aesthetic. The 43-inch model should have the same specifications as the 55-inch model. The larger variant is priced at Rs. 41,999, and it also runs on Android 9 Pie. The 4K Smart TV pack quad-core processor, Mali-450 MP GPU, 2.25GB of RAM, and 16GB storage. There are two 12W speakers onboard with Dolby Audio and DTS TruSurround.

The 55-inch Nokia Smart TV has support for apps like Netflix, YouTube, Disney+ Hotstar, and Prime Video, and the 43-inch model will likely support them as well. It is also expected to offer Chromecast built0in and support for Bluetooth v5.0.