Netflix to Launch in Germany, France, and Four Other European Countries 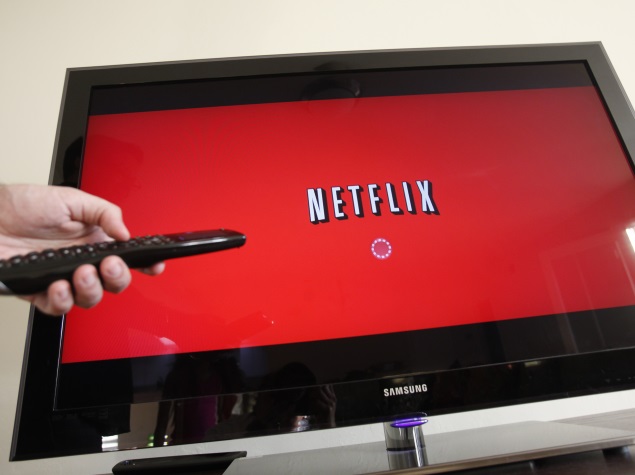 US online entertainment powerhouse Netflix announced what it called significant expansion into Europe on Tuesday, promising viewers in six countries online video by the end of the year.

Already a fixture in parts of northern Europe, the digital television and film streaming star said it would offer monthly subscriptions in Germany, Austria, Switzerland, France, Belgium and Luxembourg.

It did not reveal prices, but a report in French daily Le Figaro indicated that Netflix would be in France by mid-September with a subscription plan of less than 10 euros (13 dollars) per month.

"Upon launch, broadband users in these countries can subscribe to Netflix and instantly watch a curated selection of Hollywood, local and global TV series and movies," Netflix said in a release.

Netflix also touted the availability of its growing selection of original programming such as prison comedy-drama "Orange is the New Black" and political thriller "House of Cards."

Such shows will be streamed to televisions, tablets, smartphones, video game consoles or computers.

Since it launched its streaming service in 2007, Netflix has become the world's leading Internet television network, boasting more than 48 million members in more than 40 countries.

Netflix launched its service in Britain, Ireland, Denmark, Finland, Norway and Sweden in 2012, and moved into the Netherlands the following year.

Households interested in subscribing to Netflix when it launches in the new batch of European countries were invited to sign up for email alerts at netflix.com.

In April, Netflix reported that revenue during the first three months of this year breached a billion dollars atop growing membership.

It bumped up new subscription rates at the start of May, leaving unchanged the amounts paid by existing members.

Netflix said it added four million new members to finish the quarter and that increasing new monthly subscription prices in Ireland by one euro to 7.99 euros had had a "limited impact."

The company says it has greatly improved its online television and film offerings since it introduced streaming plans four years ago.

Also in April, Netflix announced its first alliances with US cable television service companies to make its popular video streaming service available through their set-top boxes.

The financial terms of Netflix deals with Atlantic Broadband, Grande Communications and RCN Telecom Services were not disclosed.

The move will let Netflix members access streaming films and television shows using an application on cable service set-top boxes, eliminating the need to rely on other devices such as video game consoles or Roku boxes plugged into televisions.

Use of the Netflix application will be available to cable subscribers whose service includes TiVo DVR boxes.

While the combined total of such customers at the cable companies is estimated at less than a million people, the deals signal a Netflix strategy that involves making itself part of traditional viewer habits.

Netflix has similar deals in place with cable television services in Britain, Denmark, and Sweden.

Separately, Luxembourg's Prime Minister Xavier Bettel announced Netflix had informed his government it plans to move its European headquarters from his country to the Netherlands in 2015.

The prime minister gave no reason for the company wishing to move from a base it has operated since 2011. Luxembourg is known for its low tax regime, especially for audiovisual services.