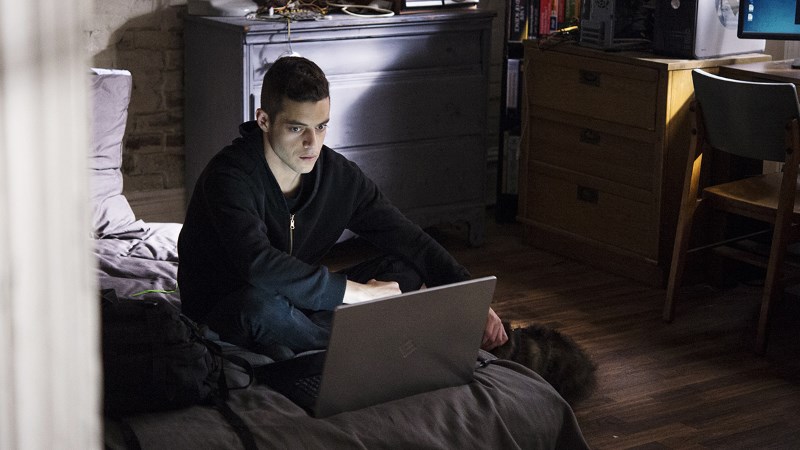 Created by Sam Esmail, the critically acclaimed drama - one of the best shows from last year - took a different approach to its debut last year, providing the premiere episode to multiple streaming video platforms towards the end of May 2015, a full month before its network debut in June.

The show proved to be a surprise breakout hit, and was afforded praise not only for its writing and acting - owing to Malek and Christian Slater as Mr. Robot - but also the realistic portrayal of hacking, something most shows absolutely avoid getting right.

It also picked up two Golden Globe awards for best drama series and best supporting actor (Slater). And at the Critics' Choice TV Awards, it won for the two same awards as before, along with a best actor in drama nod for Malek.

In India, the show's first season was aired by Colors Infinity last year. A Viacom 18 representative told Gadgets 360 that Colors Infinity would carry Mr. Robot's second showing, but no exact timeline had been determined yet.

The network also said that Esmail would be directing all ten episodes of the second season, unlike the first where he was in charge of just four. At the show's panel at South by Southwest (SXSW) in Austin, US last month, Esmail talked about where the show is headed: "Elliot committed a crime and we're going to see the ramifications of that this season. That's why you see that introduction of law enforcement, which you deliberately didn't see the first season."

Joining the show will be Grace Gummer as "Dominique DiPierro, a young federal agent investigating the hack", Craig Robinson as Ray, a neighbourhood local, Joey Badass as Leon, Elliot's new friend and Chris Conroy as "Derek, the young and attractive new man in Joanna Wellick's life".