Xiaomi and Disney Hotstar+ are bringing a dedicated sports channel with PatchWall 3.0. 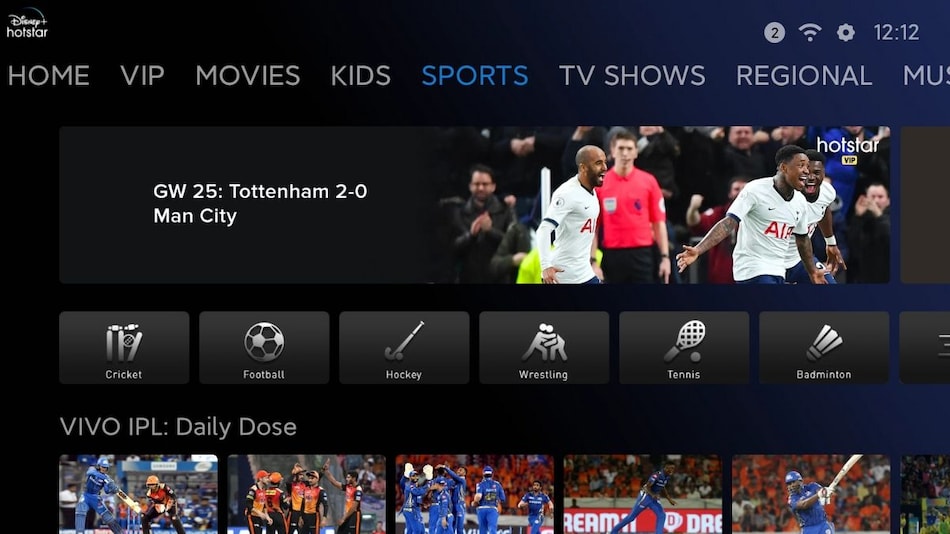 Six models of Mi TV series will get PatchWall 3.0

Xiaomi India on Monday announced the release of PatchWall 3.0, the latest version of company's Mi TV software. According to the company, the new PatchWall update features a "deeper integration" with the newly launched Disney+ Hotstar and addition of new content partners such as Mi List, along with UI enhancements. Other key features of PatchWall 3.0 include the improved animations, a new Mi Lanting Pro font, and horizontal scrolling. Xiaomi says that the latest version of the PatchWall will be rolled on six models of Mi TV series starting today.

Xiaomi has announced that the company collaborated with Disney+ Hotstar to bring dedicated sports channel in PatchWall 3.0. Through this channel, the company claims that not only users will be able to discover new content but they'll seamlessly access sports programmes with "one-click". Speaking more on this, Xiaomi in a note said:

"Content related to ongoing tournaments spanning across different sports such as Kabaddi, Tennis, Cricket and more can be streamed seamlessly on the channel."

Additionally, Xiaomi also announced over 20 new partners including Docubay and Lattu Kid for latest content on PatchWall 3.0. According to the note, Docubay will stream international documentaries across various topics while Lattu Kids will provide over 1,500 hours of content suitable for children.

In terms of the availability of the PatchWall 3.0, the software will reach users with the following Mi TV models:

Users will get the update over-the-air starting today, April 6, however, it is unclear whether the update will be rolled out in a phased manner or will reach all the aforementioned devices on one go.

Since the launch of Mi TV in the country, Xiaomi has given tough competitions to popular smart TV brands such as Samsung and LG with their budget-friendly pricing and impressive specifications. Recently, the company announced that in the last two years, roughly 4 million Mi TVs have been shipped to India.

Around the same time last year, Xiaomi rolled out the PatchWall 2.0 UI update. The update introduced a new design with Dark and Light themes along with other performance upgrades.