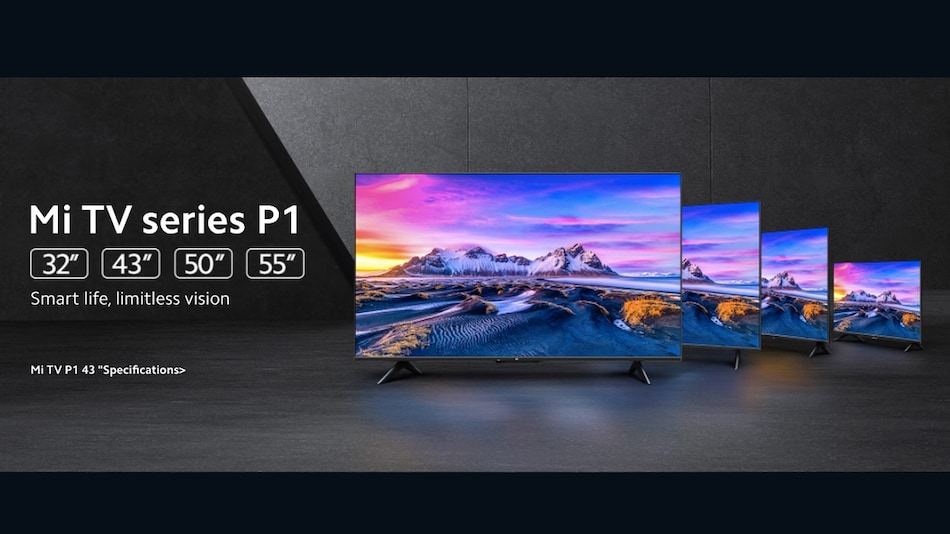 Mi TV P1 series has slim bezels all around

Mi TV P1 series has been unveiled by Xiaomi in Italy and it comes in four screen sizes — 32-inch, 43-inch, 50-inch, and 55-inch. The Mi TV P1 series runs on Android TV and its models have mostly the same features except the difference in screen sizes. The starting 32-inch model, however, has slightly different specifications compared to the rest of the series. Mi TV P1 Android TV series offers a standard 60Hz refresh rate on its models, along with access to Google Play store and built-in Chromecast. The TV models are powered by MediaTek SoCs and come with slim bezels on all sides.

The publication says that the 43-inch and 55-inch models will go on sale in Italy from May 21. As of now, Xiaomi has not shared any information on the availability of the Mi TV P1 series models in India and other global markets.

The Mi TV P1 series, as mentioned earlier, has 32-inch, 43-inch, 50-inch, and 55-inch models. According to the Italian publication, the specifications for the all models are pretty much except for the lower-end 32-inch model having some key differences. The 32-inch TV runs on Android TV 9 while the other models run on Android TV 10. The 32-inch model comes with an HD-ready (1,366x768 pixels) panel while the other three models feature 4K (3,840x2,160 pixels) panels. All models have a standard 60Hz refresh rate and a 178-degree viewing angle.