Mi TV Horizon Edition is teased to have a ‘quick wake' feature, suggesting that Xiaomi has implemented a way to quickly turn on the TV from standby mode. 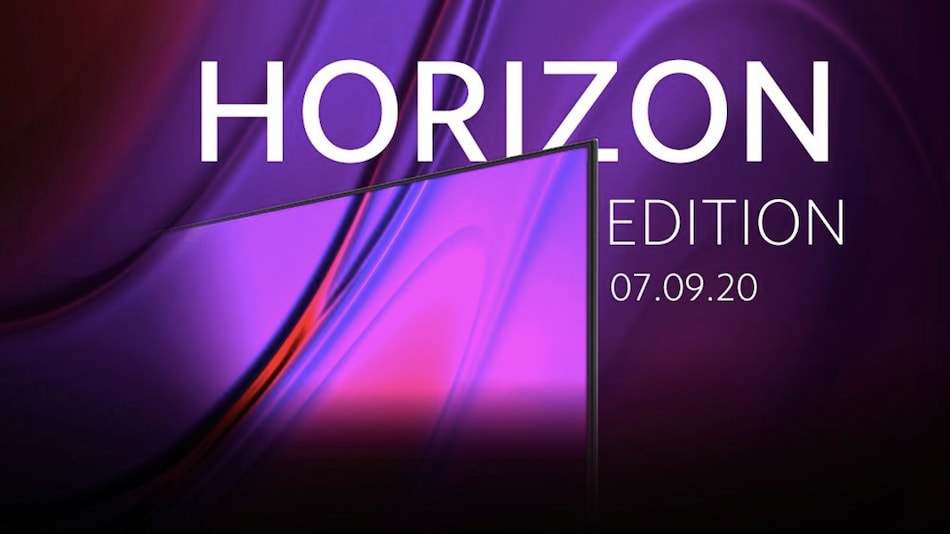 Mi TV Horizon Edition is teased to offer access to over 5,000 apps

Xiaomi Mi TV Horizon Edition is all set to launch in India today. The new smart TV is the first to launch in Xiaomi's ‘Horizon Edition' range that debuted in the country with the introduction of two laptops. The Mi TV Horizon Edition has been teased on multiple occasions in the run up to the launch, and it is teased to provide access to over 5,000 apps, suggesting that the TV will be running on Android TV with access to the Google Play store. It is also teased to sport ‘quintessential display tech', suggesting several software optimisations for better image quality.

Past teasers suggest an expansive view and a promise of ‘quintessential display tech'. There is also a ‘quick wake' feature being teased, suggesting that Xiaomi has finally implemented a way to quickly turn on the TV from standby mode. In the ‘Horizon Edition' range, Xiaomi recently launched the Mi Notebook 14 Horizon Edition that also features a high screen-to-body ratio with thin bezels.

As per a recent leak, the Mi TV Horizon Edition will carry a thin frame and an inverted V-shaped stand design. The leak hints that the bottom chin will house the Mi logo. Leaked specifications include Android TV 9 software, based on Patchwall UI. It is also tipped to feature a 43-inch full-HD LED display, Cortex-A53 processor, 1GB of RAM and 8GB of onboard storage.

Connectivity options may include three HDMI ports, two USB-A ports, an Ethernet port, and a 3.5mm headphone jack. The TV set is expected to come with built-in Chromecast, and support Google Assistant as well as Google Data Saver tech. Furthermore, the Mi TV Horizon Edition is also reported to have 20W speakers with DTS-HD technology.